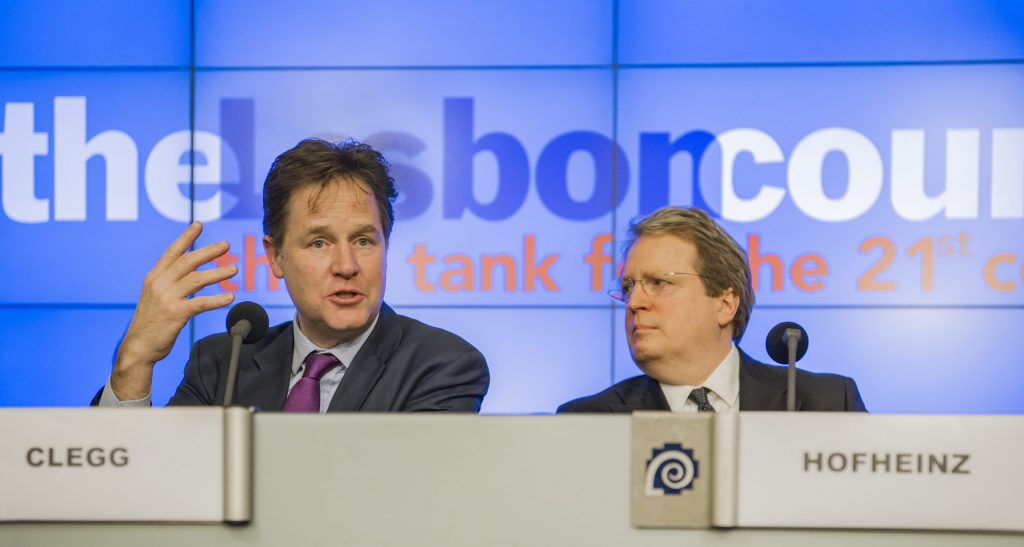 Against the backdrop of renewed economic success in Europe, the Lisbon Council convened The Future of Europe Summit: How A Radical Centre Can Deliver a Continent of Reform and Renewal. In a wide-ranging, well-attended debate, The Rt Hon Sir Nick Clegg, former deputy prime minister of the United Kingdom and former leader of the Liberal Democrats, kicked off the discussion with a vision of what would a truly modern progressive agenda should look like and how quickly can it be delivered. Prof Jean Pisani-Ferry, director for Programme and Ideas for Emmanuel Macron’s Presidential Campaign and professor at Sciences Po and the Hertie School of Governance, discussed the ideas that made the Macron campaign a success – and presented his latest report, Reconciling Risk Sharing with Market Discipline: A Constructive Approach to Euro Area Reform, a project led by 14 French and German economists that proposes six reforms to revive the European financial, fiscal and institutional architecture. Nadia Calviño, director-general for the budget at the European Commission, outlined her vision of the future of Europe, and the role that a modern EU budget can play in delivering effective outcomes.

‹ Artificial Intelligence and the Future of Search
Evolution or Revolution? Diplomacy in the Digital Age ›