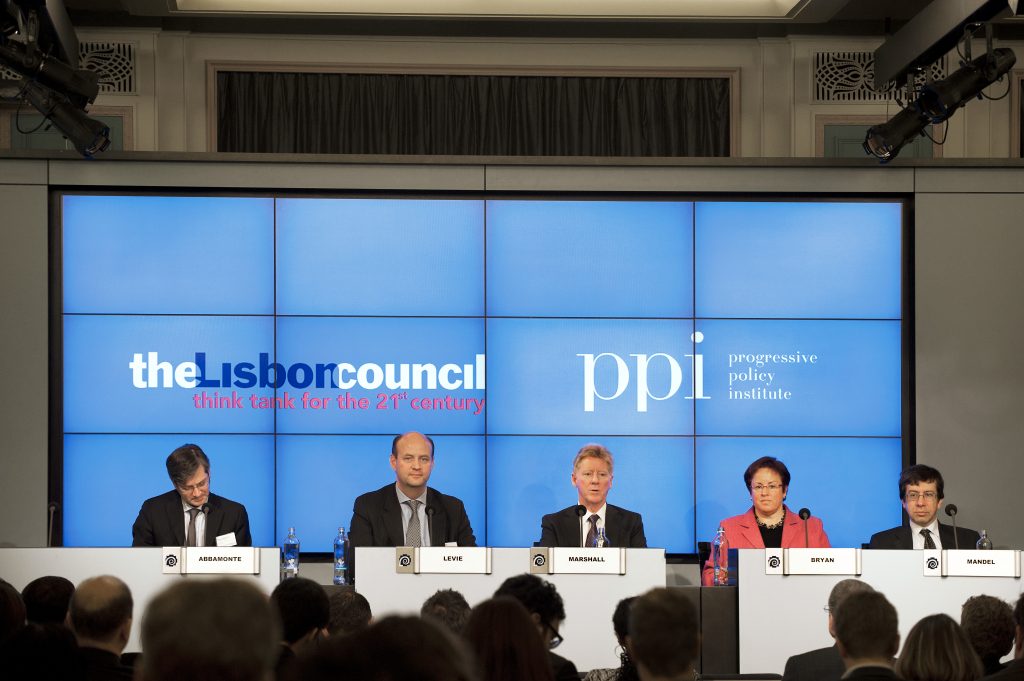 Two leading think tanks – the Progressive Policy Institute (PPI) from Washington, DC and the Lisbon Council from Brussels – convened the Transatlantic Summit on New Engines of Growth: Driving Innovation and Trade in Data. The think tanks used the occasion to launch Bridging the Data Gap: How Digital Innovation Can Drive Growth and Create Jobs, a new policy brief written by Paul Hofheinz, president of the Lisbon Council, and Michael Mandel, chief economic strategist of PPI. The study describes the immense benefits that can arise as a result of greater use of data analytics in healthcare, CO2 emissions, social inclusion, job creation and growth generation – and finds a vast “data gap” between Europe and the United States. Later, Giuseppe Abbamonte, director for media and data at the European Commission’s directorate-general for communications networks, content and technology; Richard Benjamins, group director for business intelligence and big data at Telefónica; Elena Bryan, senior trade representative at the US Mission to the EU; Damien Levie, deputy chief European negotiator for TTIP and head of unit for trade relations with the US and Canada at the European Commission’s directorate general for trade; John Midgley, senior manager for global public policy at Intuit; Christian Reimsbach-Kounatze, Internet economist and policy analyst at the directorate for science, technology and industry of the Organisation for Economic Co-operation and Development (OECD); and Martin Wrigley, general manager for Europe at the Application Developers Alliance, joined high-level panels on the transformative power of data-driven innovation, and looked at how the proposed Transatlantic Trade and Investment Partnership (TTIP) could unlock the growth potential of data-driven trade on both sides of the Atlantic. The summit was informed and enriched by the participation of the Digital Trade Study Group, a high-level delegation of US Congressional staff members. It was hosted by the Single Market Entrepreneurs Centre, a centre of excellence managed by the Lisbon Council.