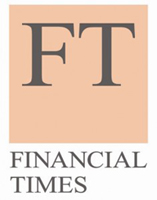 In a letter published in the Financial Times, responding to the recent article by Francesco Giavazzi, in “Greeks chose poverty — let them have their way”, Harry Theoharis, member of the Greek Parliament and parliamentary spokesman of To Potami, argues that Greece has undergone unprecedented fiscal consolidation and presents results from The Euro Plus Monitor to support his argument. The Euro Plus Monitor is the authoritative competitiveness ranking jointly published each year by Berenberg Bank and the Lisbon Council. Greece ranked first in the 2012, 2013 and 2014 structural adjustment progress indicator, which measures the speed with which countries are adjusting to the challenges posed by the financial and economic crisis.