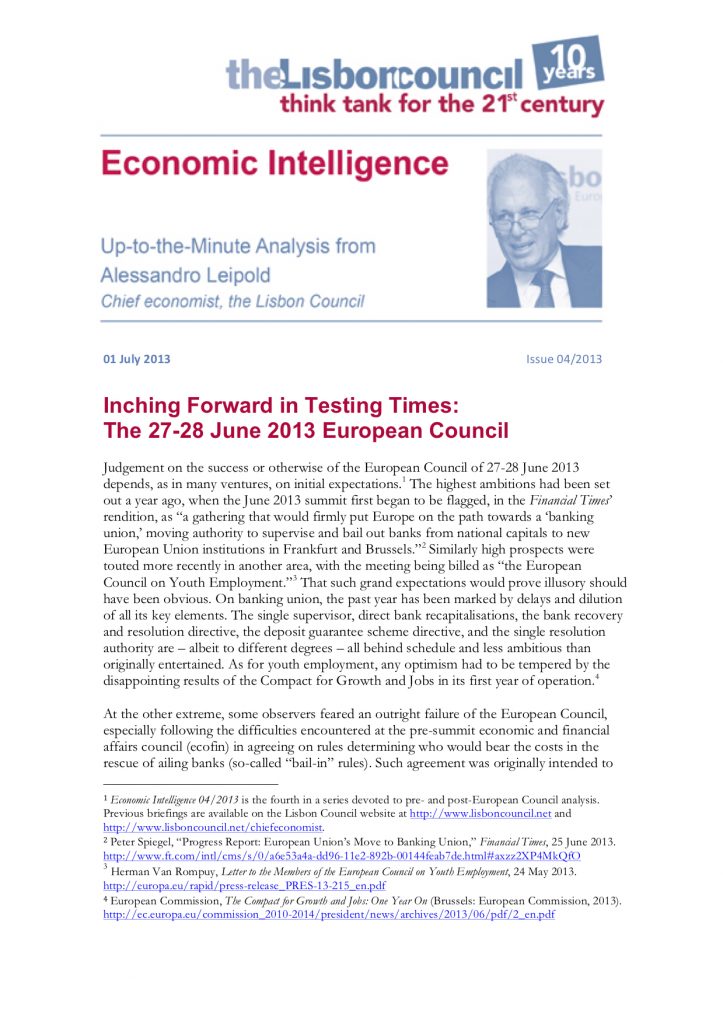 Alessandro Leipold, chief economist of the Lisbon Council, offers an up-to-the-minute analysis of the principal achievements and conclusions of the 27-28 June European Council. Mr. Leipold discusses the decisions taken by the European leaders, and weighs in on their ability to restore growth, tackle youth unemployment and strengthen the European banking system. Economic Intelligence 04/2013 is the fourth briefing of the Economic Intelligence series published by the Lisbon Council and devoted to highlighting issues surrounding — and arising from — key meetings of the European Council.