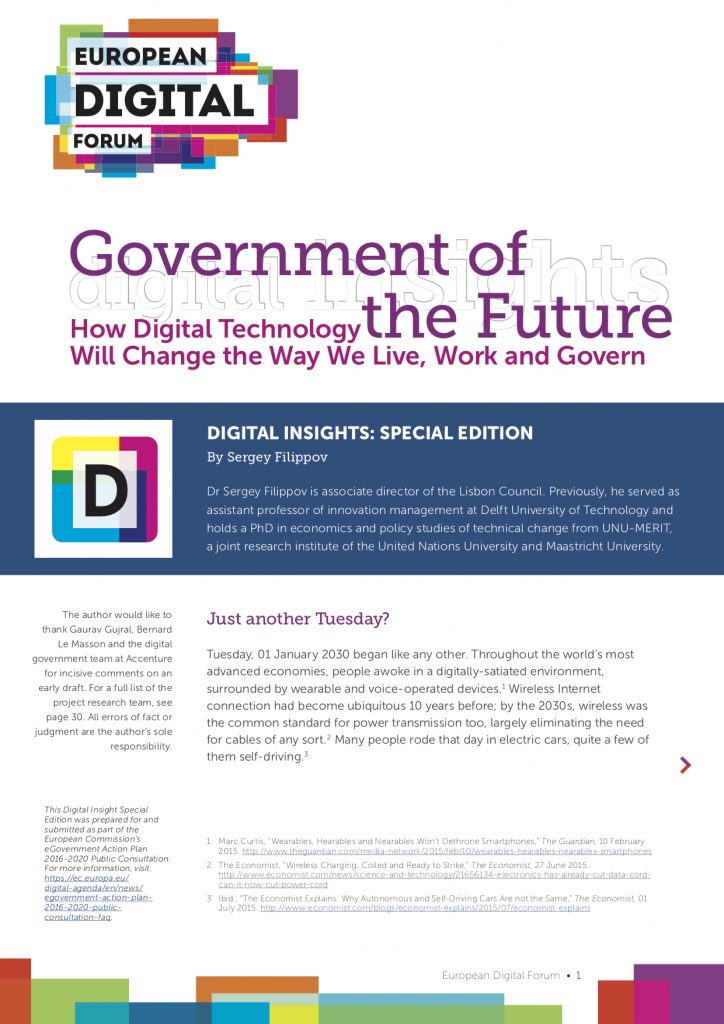 The European Digital Forum launches Government of the Future: How Digital Technology Will Change the Way We Live, Work and Govern at the eGovernment Conference Luxembourg 2015, a minister-level informal gathering hosted by the Government of Luxembourg, acting as Presidency of the Council of the European Union. Written by Sergey Filippov, associate director of the Lisbon Council and former professor of innovation management at Delft University of Technology in the Netherlands, it imagines a world where citizens and governments collaborate to “co-create” public services through the use of radically enhanced approaches, such as “government as a platform”-based services and blockchain technology. It analyses “best-in-class” e-government initiatives in an array of countries and speculates on how Europe would look if today’s best practices were broadly disseminated and embraced at scale.