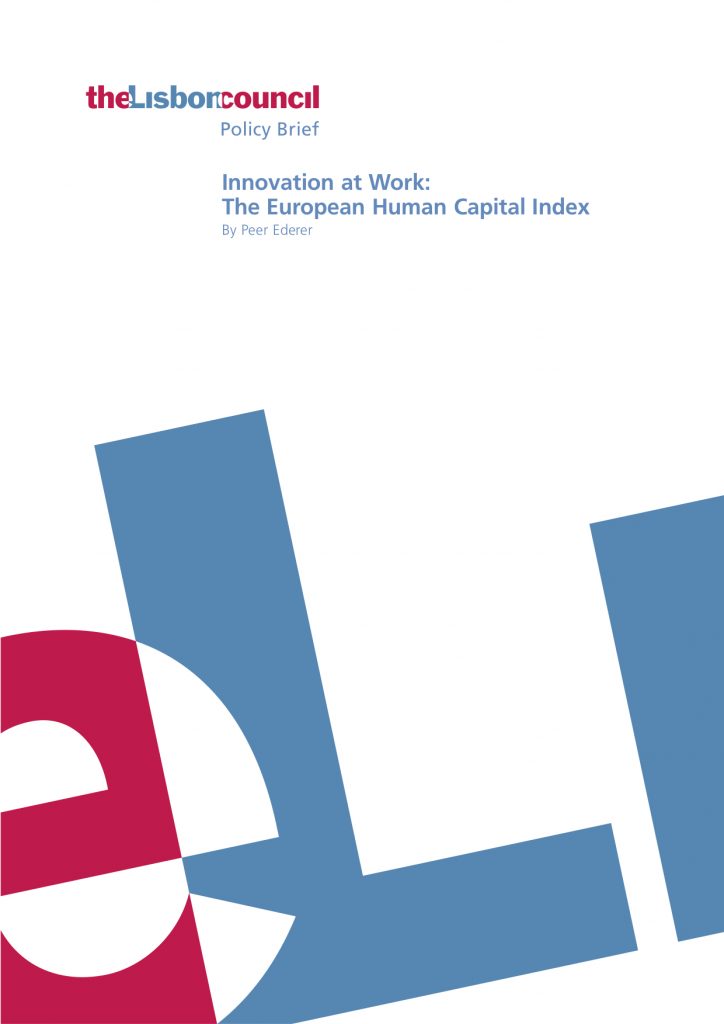 In a landmark study, the Lisbon Council weighs into the current debate surrounding innovation by looking at the way Human Capital is developing in 13 European countries. Based on a methodology devised by Peer Ederer, director of the Human Capital Project, the study predicts major challenges for key European countries – such as Germany and Italy – that do too little to invest in and develop their human capital.

If current trends are not reversed, the study says citizens of Sweden and Ireland (which invest heavily in their human capital) could enjoy a living standard up to twice as high as citizens of Germany and Italy – a trend which would turn the traditional economic hierarchy of Europe on its head. Specifically, the study measures human capital stock, deployment, utilization and evolution in 13 EU countries, and ranks those countries by their ability to develop their human capital to meet the challenge of globalisation. Peer-reviewed  by numerous authorities on generational accounting, this new ranking is expected to make a great contribution to informing policy making and public opinion in years to come.

Download
‹ The Economics of Knowledge: Why Education is Key to Success
The 2007 European Growth and Jobs Monitor ›