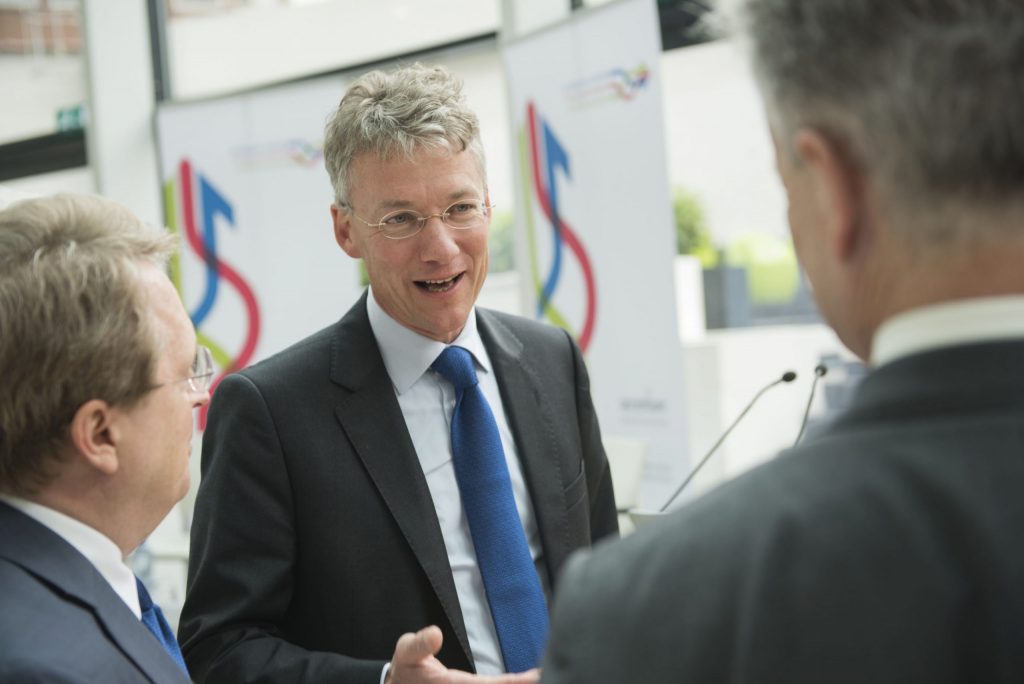 The Innovation Imperative: Public-Sector Administration in the Digital Age gathered an eclectic and high-powered group of key policymakers, prominent thought leaders and senior representatives from European public-sector agencies to take stock of public sector innovation. Maarten Camps, secretary-general of the Netherlands Ministry of Economic Affairs and chair of the High-Level Group on Competitiveness and Growth of the Competitiveness Council, delivered an inspiring and insightful speech on the ambitions and challenges for the public sector and, more broadly, for the digital single market. Robert Madelin, senior adviser for innovation at the European Commission and chair of the High-Level Jury that evaluated the College of Europe student state transformation case studies, gave introductory remarks. Olivier Costa, professor and director of the European political and administrative studies at the College of Europe; Alexandra Paul, associate manager at Accenture; and Paul Hofheinz, president and co-founder of the Lisbon Council, also intervened. In addition, 12 College of Europe students presented the results of their case studies, whose agencies were chosen among the winners of the European Prize for Innovation in Public Administration (PIPA Prize), awarded by the European Commission’s directorate-general for research and innovation. The winning team – working with the Northern Netherlands Provinces – was awarded The 2016 Public Sector Innovation Award. The event was hosted by the Permanent Representation of the Netherlands to the European Union as part of the spring 2016 Dutch Presidency of the Council of the European Union.

‹ The Euro Plus Monitor Spring 2016 Update
Scale Up Europe: A Manifesto for Change and Empowerment in the Digital Age ›