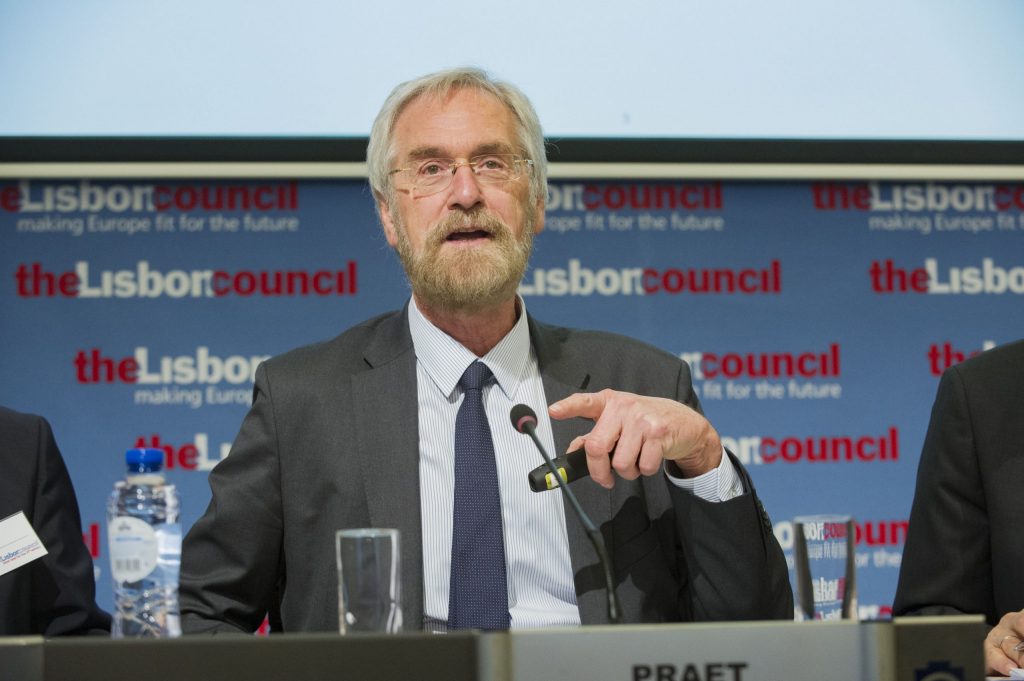 Economists, policymakers, think tankers and top EU diplomats joined The 2017 Euro Summit, a high-level policy debate which convened around the theme The Outlook for Reform: Unlocking Potential Growth and Delivering Sustainable Employment. Holger Schmieding, chief economist of Berenberg, kicked off the debate with a high-level presentation of The 2017 Euro Plus Monitor: Into a Higher Gear, the latest edition of the leading competitiveness ranking published by Berenberg and the Lisbon Council. Peter Praet, executive board member and chief economist of the European Central Bank, chimed in The 2017 Ludwig Erhard Lecture, a tour d’horizon of current ECB thinking on the outlook for reform – and the prospects for monetary policy in the transition back to sustainable growth. Maarten Verwey, director-general for structural reform support service at the secretariat-general of the European Commission, described the plans and priorities of the European Commission in this key area. The summit took place days ahead of the December European Council where heads of states and governments will agree on important timelines for decisions regarding the banking union and the European monetary union.

‹ Value Creation and the Music Industry: High-Level Working Lunch
Artificial Intelligence and the Future of Search ›
We use cookies on our website to give you the most relevant experience by remembering your preferences and repeat visits. By clicking “Accept All”, you consent to the use of ALL the cookies. However, you may visit "Cookie Settings" to provide a controlled consent.
Cookie SettingsAccept All
Manage consent