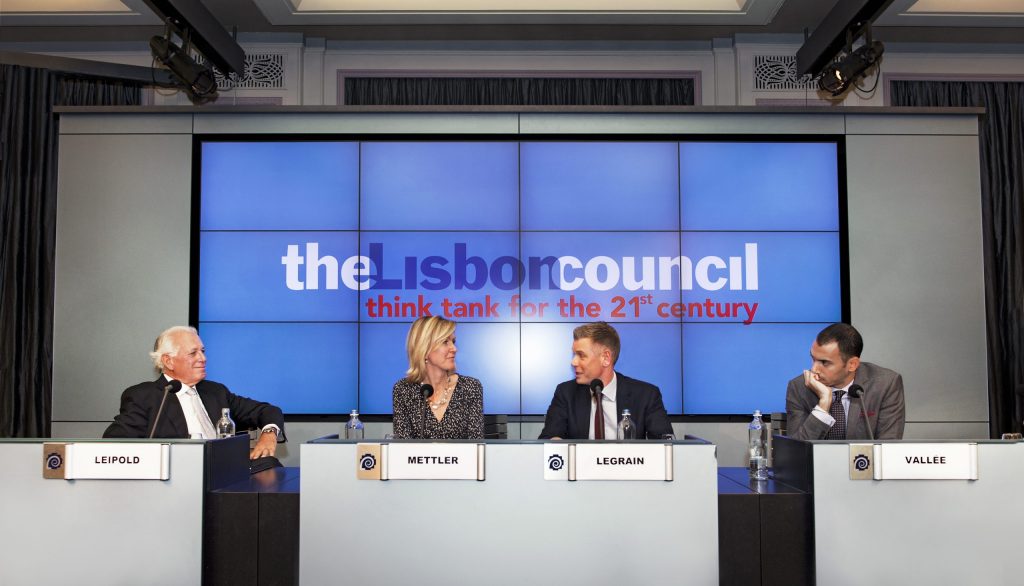 Three distinguished economists joined a high-level debate on Towards a “European Spring:” How To Strengthen Europe’s Economic Recovery and Build a New Foundation for Growth. Philippe Legrain, author of European Spring: Why Our Economies and Politics Are in a Mess and How to Put Them Right and former independent economic adviser to the president of the European Commission, presented the main conclusions of his new book. Alessandro Leipold, chief economist of the Lisbon Council and former acting director of the European department at the International Monetary Fund, and Shahin Vallée, economic adviser and member of cabinet of President of the European Council Herman Van Rompuy, offered their unique perspectives on the lessons of six years of crisis fighting – and the economic outlook for Europe.