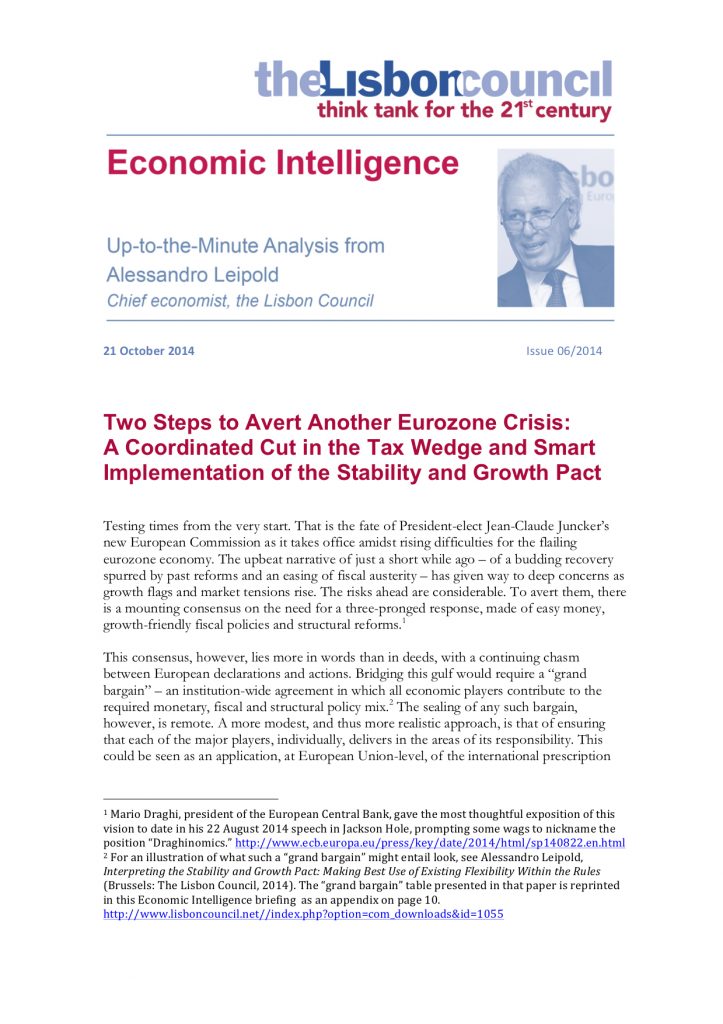 Chief Economist Alessandro Leipold proposes two early steps to avert crisis and restore confidence: a co-ordinated cut in the European tax wedge on labour and smart implementation of the stability and growth pact in the upcoming European semester. He also analyses the differences between the French and Italian cases, arguing the two countries are in fundamentally different positions vis-à-vis the stability and growth pact and thus warrant differentiated outcomes under the pact’s procedures. Economic Intelligence 06/2014 is the sixth briefing of the Economic Intelligence series published by the Lisbon Council and devoted to highlighting issues surrounding — and arising from — key meetings of the European Council.

Download
‹ Interpreting the Stability and Growth Pact: Making Best Use of the Existing Flexibility Within the Rules
Delivering Public Service for the Future ›