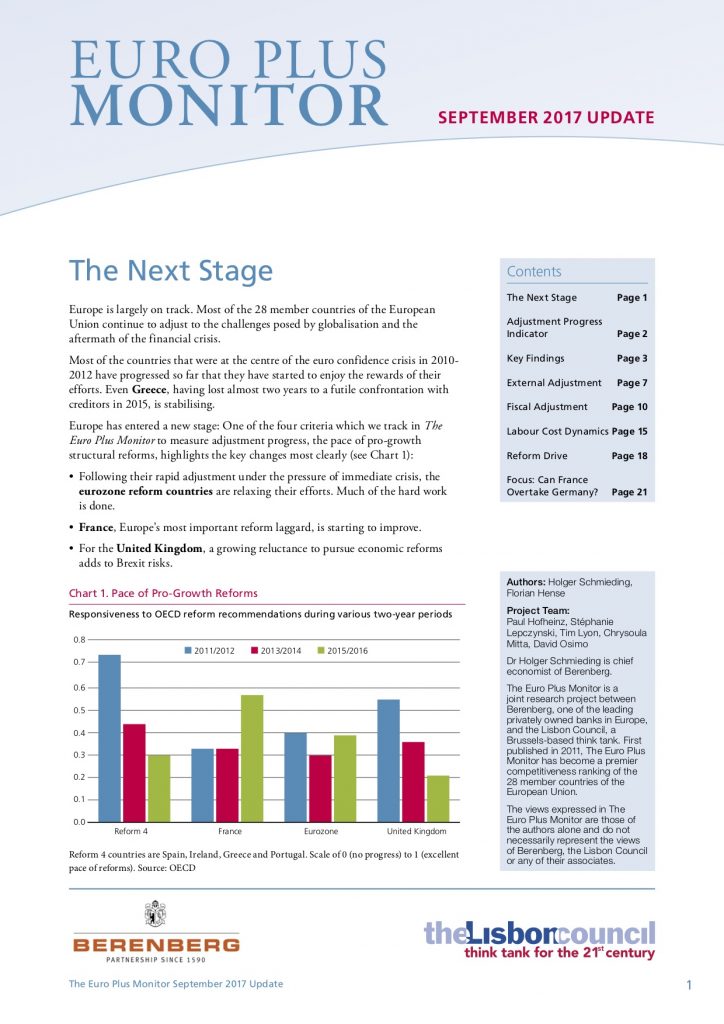 Europe has entered a new phase, with much hard reform work and austerity behind it. Even France, Europe’s most important laggard, is starting to improve. It could even overtake Germany as Europe’s star performer if the envisaged reforms take hold. Can the Macron agenda turn France into the continent’s economic powerhouse in the next decade? And is the eurozone on the right track? Find answers to these questions in The Euro Plus Monitor September 2017 Update: The Next Stage, the leading economic adjustment ranking, published by Berenberg and the Lisbon Council. Since 2011, The Euro Plus Monitor has tracked the fundamental economic health and recent adjustment progress of the 28 members of the European Union. In this update, we recalculate the previous results from December 2016 based on final data for the full year 2016 and on export and import data for the first half of 2017.  The study was formally launched at the Berenberg European Reform Conference in London.

Download
‹ A New Framework for Free Movement of Data
The 2017 Euro Plus Monitor: Into a Higher Gear ›
We use cookies on our website to give you the most relevant experience by remembering your preferences and repeat visits. By clicking “Accept All”, you consent to the use of ALL the cookies. However, you may visit "Cookie Settings" to provide a controlled consent.
Cookie SettingsAccept All
Manage consent