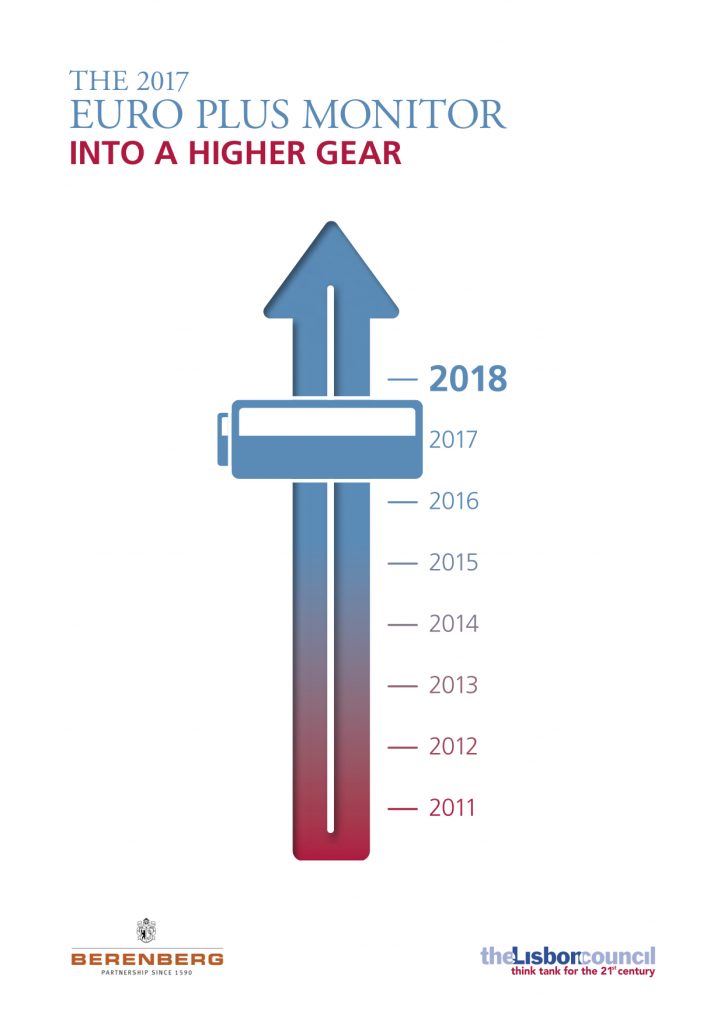 Europe has come a long way. Structural reforms and other adjustment efforts in major parts of the region have helped to make many economies somewhat more flexible, or are promising to do so in the near future. Partly as a result of these changes, growth can probably remain above trend in most of the region for at least two more years without hitting serious inflationary bottlenecks. If so, continental Europe can finally make up some of the ground it lost versus the United States during the euro crisis. This is the main finding of The 2017 Euro Plus Monitor: Into a Higher Gear, the leading economic adjustment ranking, published today by Berenberg and the Lisbon Council. The study was formally launched today at The 2017 Euro Summit in Brussels in the presence of Peter Praet, executive board member and chief economist of the European Central Bank, who delivered The 2017 Ludwig Erhard Lecture to mark the occasion. It includes special sections on “The Outlook for Reform in Europe” and “A Golden Decade for France?”