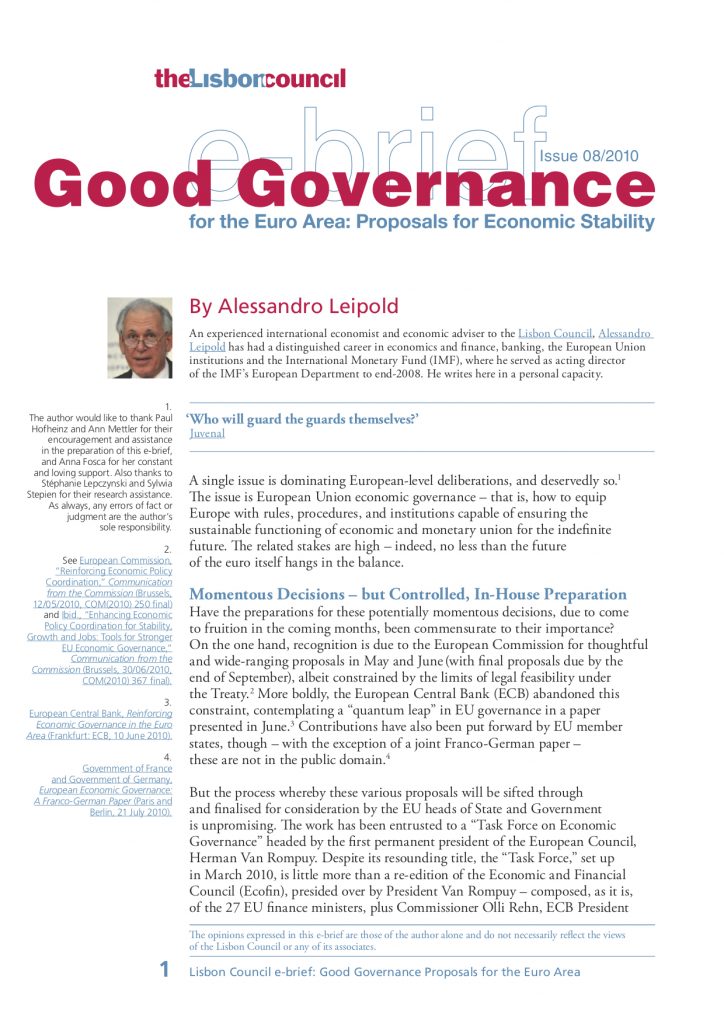 On the eve of the European Council informal meeting, Alessandro Leipold, economic adviser to the Lisbon Council and former acting director of the IMF’s European Department, surveys the debate on economic governance in the European Union and offers a “nine-step programme” for strengthening European economic coordination. “No less than the future of the euro itself hangs in the balance,” Mr. Leipold writes, adding “the process whereby these various proposals will be sifted through and finalised for consideration by the European Union heads of State and Government is unpromising.”

Download
‹ If Not Now, Then When? Using Europe 2020 to Restore Confidence and Growth
Beyond CAP: Why the EU Budget Needs Reform ›