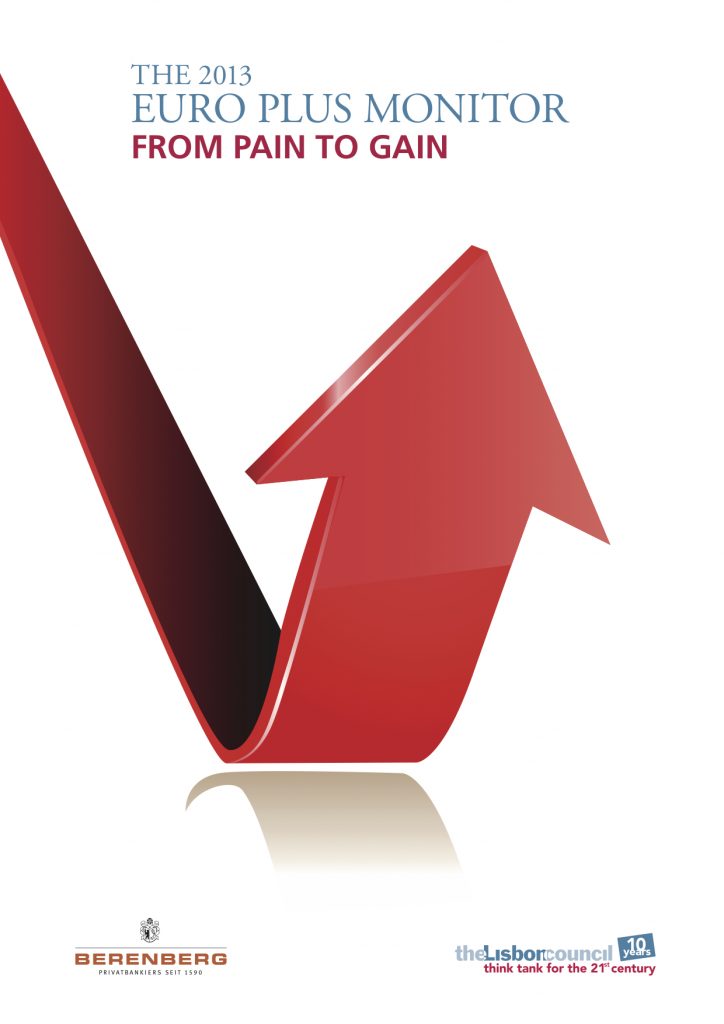 If the eurozone and its 17 members stay the course, the systemic crisis that has rocked Europe since 2010 could be largely over by mid-2014. That is the principal conclusion of The 2013 Euro Plus Monitor: From Pain to Gain, the premier competitiveness ranking published each year by Berenberg and the Lisbon Council. The Euro Plus Monitor ranks the principal European economies – the 17 eurozone members plus Poland, Sweden and the United Kingdom – on a host of criteria. First and foremost, it measures the speed with which countries are adjusting to the challenges posed by the financial and economic crisis. But it also looks at long-term economic health. The 2013 Euro Plus Monitor was launched in Brussels at The 2013 Euro Summit in the presence of Olli Rehn, vice-president of the European Commission and commissioner for economic and financial affairs and the euro.