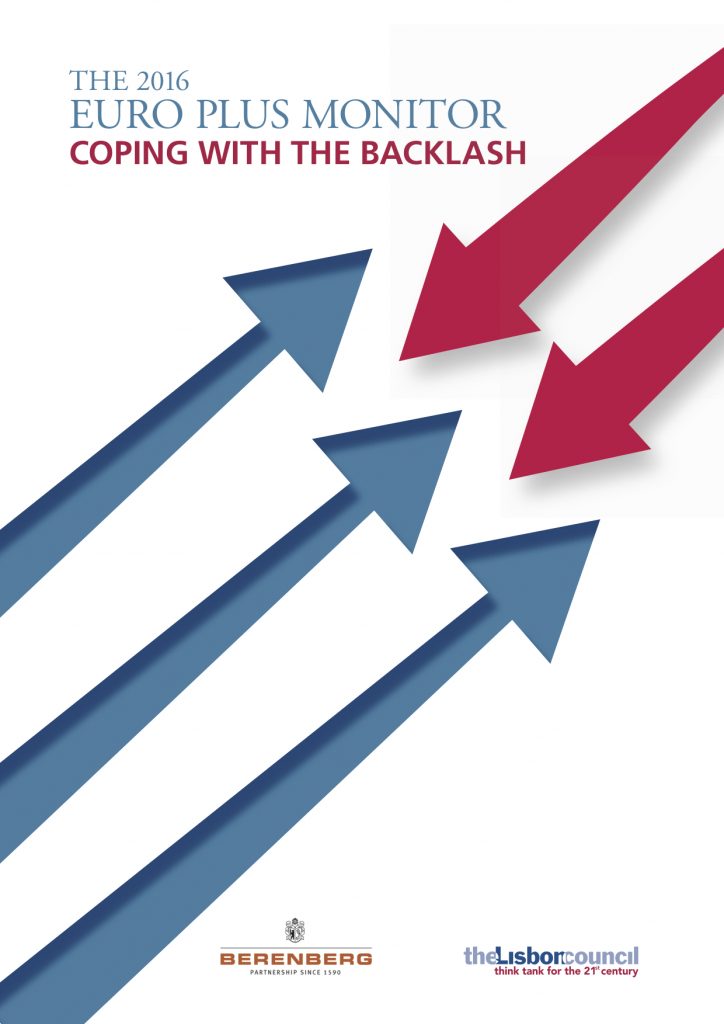 Most erstwhile euro crisis countries have adjusted rapidly and started to feel the first benefits of reform. Economic growth is close to its trend rate of 1.5% in the eurozone and unemployment is falling noticeably. The recovery is more broad-based and better entrenched than before. However, political populism poses a grave threat that could reverse the progress. This is the main finding of The 2016 Euro Plus Monitor: Coping with the Backlash, the much-awaited bi-annual competitiveness ranking published by the Lisbon Council and Berenberg. This year, the study is expanded and updated to cover all 28 European Union member states and includes special chapters on Brexit and the economic risks of populism. It was launched in Brussels at The 2016 Euro Summit.