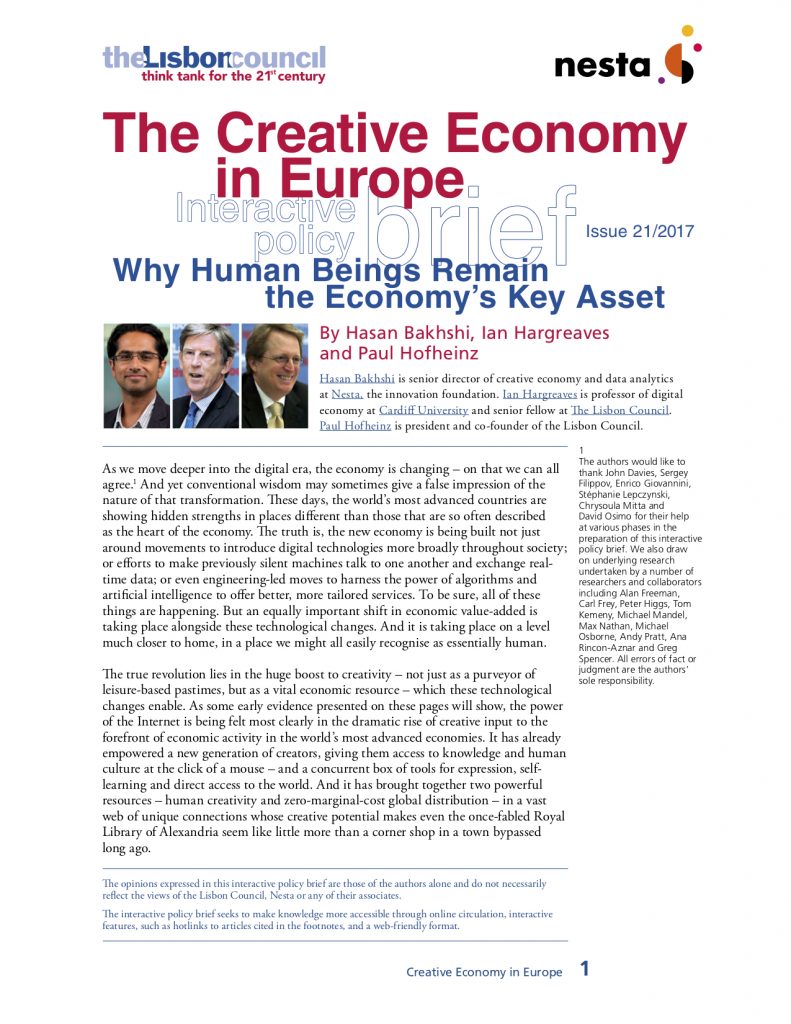 The Lisbon Council and Nesta launch The Creative Economy in Europe: Why Human Beings Remain the Economy’s Key Asset, a hard-hitting new policy brief which highlights the pivotal role of creativity and creative work in the economy. Building on a decade of cutting-edge research at Nesta, the authors – Hasan Bakhshi, Ian Hargreaves and Paul Hofheinz – argue that economic value added is fast becoming less the exclusive domain of complex manufacturing chains built around advanced organisational capabilities, and is found more and more in the “creative” component that human workers bring to their jobs. The policy brief highlights the urgent need for European policymakers to ensure that Europe’s human-capital base is second to none and that its economy is attractive enough to retain its most talented, creative people. It was launched on the eve of Digital Day, a key European Union minister-level meeting taking place in Rome on Thursday, 23 March.

Download
‹ The 2016 Euro Plus Monitor: Coping with the Backlash
Leading the Way in Public Service Delivery ›