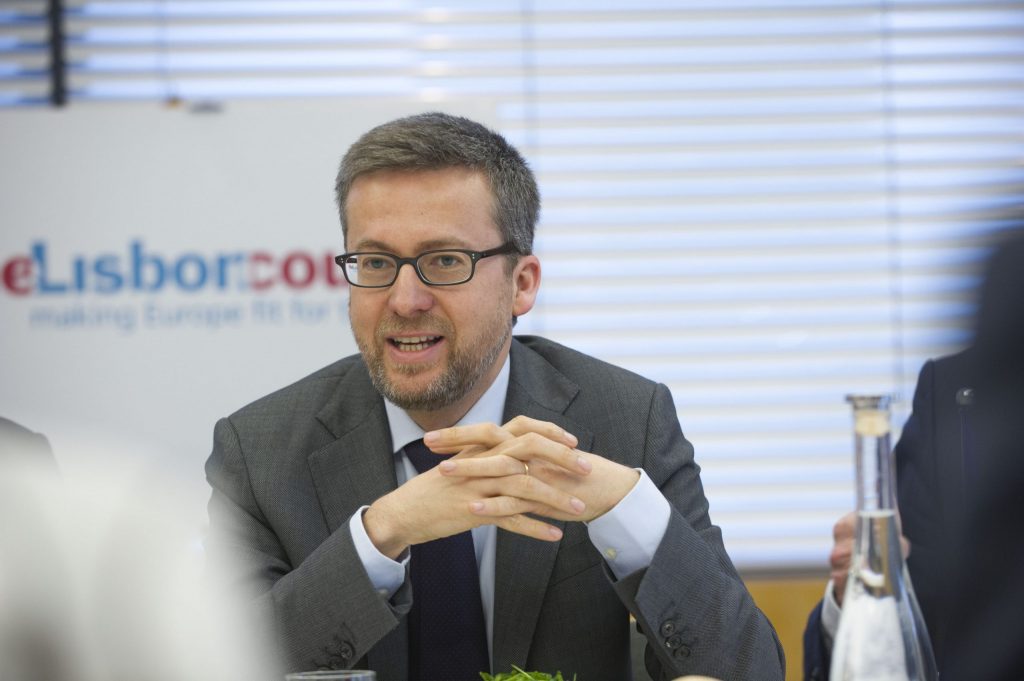 At The 2016 Innovation Summit, Carlos Moedas, European commissioner for research, science and innovation, launched Science, Research and Innovation Performance of the European Union 2016: A Contribution to Open Science, Open Innovation and the Open to the World Agenda, a flagship DG-Research study (formerly the Innovation Union Competitiveness Report), that looks at the performance of European countries in research and innovation and provides clear policy insights into the road ahead. Mark Spelman, leader of the future of the Internet project at the World Economic Forum; Dirk Pilat, deputy director for science, technology and innovation at the Organisation for Economic Co-operation and Development (OECD); Frank Treppe, director for corporate strategy and international affairs at Fraunhofer Gesellschaft in Germany and vice-president of the European Association of Research and Technology Organisation (EARTO); and Reinhilde Veugelers, professor of managerial economics, strategy and innovation at the Katholieke Universiteit Leuven and senior fellow at Bruegel, led an all-star panel on the complex relationship between productivity, economic growth and scientific excellence. Commissioner Moedas closed the discussion by highlighting the increasing role of the “three O’s” in European innovation policy: open science, open innovation and open to the world.