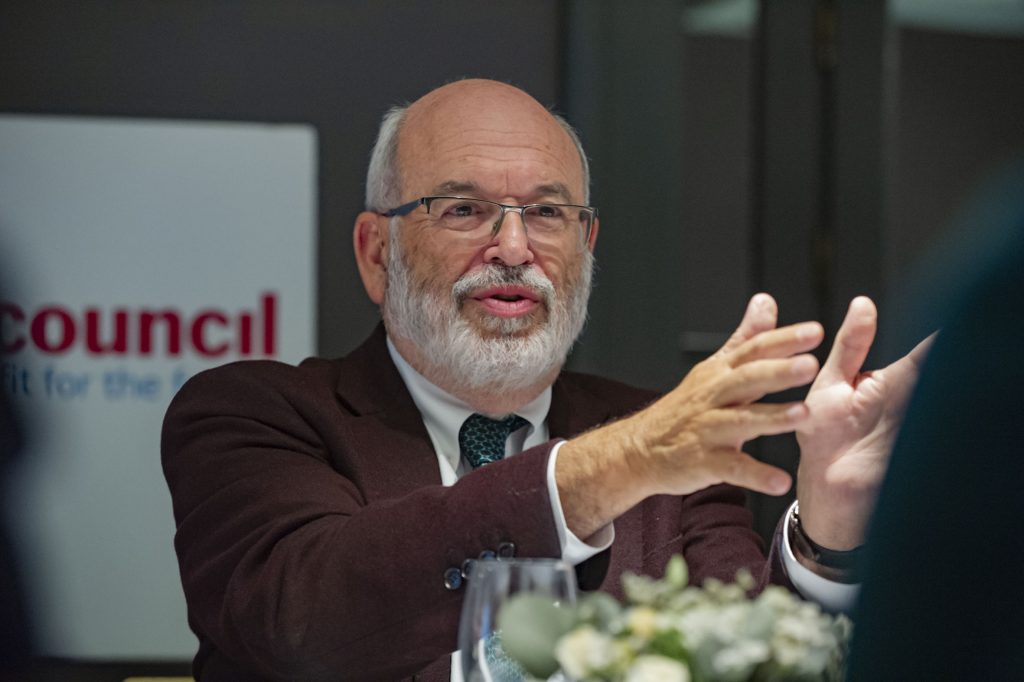 As the debate deepens on a new data strategy for Europe, the Lisbon Council convened the High-Level Roundtable on Data for Policy, a high-level seminar to explore the challenge and opportunity of building better public policy with improved data analytics. Built around a series of emerging case studies – the government data agenda in the Netherlands, secondary use of social and health data in Finland, and data for policy in Barcelona, Spain – data scientists, top public servants, policymakers and leading think tankers reflected together and shared their real-life experience in this fast-emerging field. Prof Sir Peter Gluckman, president elect of the International Science Council, former chief science adviser to the prime minister of New Zealand, and Mike Bracken, senior fellow for digital government at the Lisbon Council, founding director of Government Digital Services (GDS) in the United Kingdom and founder of Public Digital, delivered blistering keynotes, drawing on their experience in government and discussing the potential they see for this crucial area in future public policy. Pau Balcells, municipal data office programme manager at the Barcelona City Council; Désirée Geerts, head of information society unit at the ministry of the interior in the Netherlands and Jaana Sinipuro, project director for IHAN- Human-Driven Data Economy at the Finnish Innovation Fund Sitra, showcased cutting-edge case studies and best practices, all in the presence of Gertrud Ingestad, director-general of the directorate-general of informatics at the European Commission. Later, Veronica Gaffey, chair of the regulatory scrutiny board at the European Commission’s secretariat-general; Rudolf Strohmeier, director-general of the European Union’s publications office, Wolfgang Burtscher, deputy-director general of the European Commission’s research and innovation directorate-general, Mario Campolargo, deputy director-general of the European Commission’s directorate-general for communication networks, content and technology and David Osimo, director of research at the Lisbon Council, joined a high-level breakout session. Emanuele Baldacci, director for digital services at DG-Informatics, delivered closing remarks on the European Commission’s plans and priorities.

‹ Design Principles in Intermediary Liability Laws: High-Level Working Lunch
The State of “Co-Creation:” New Thinking, New Insights ›
We use cookies on our website to give you the most relevant experience by remembering your preferences and repeat visits. By clicking “Accept All”, you consent to the use of ALL the cookies. However, you may visit "Cookie Settings" to provide a controlled consent.
Cookie SettingsAccept All
Manage consent