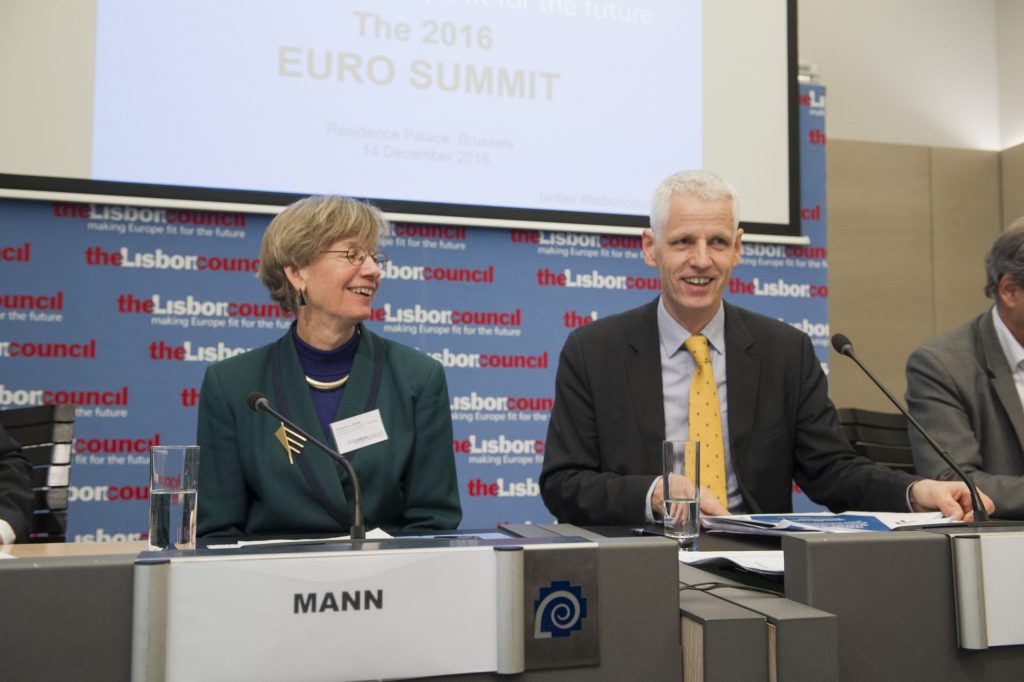 The 2016 Euro Summit convened under the timely theme Coping with Economic Backlash. Leading economists joined for a fascinating exchange on the eurozone outlook – and the lessons for policymaking from 40 years of recession recovery. Holger Schmieding, chief economist of Berenberg, presented The 2016 Euro Plus Monitor, the much awaited annual update of the benchmark competitiveness ranking produced each year by Berenberg and the Lisbon Council. This year, the Euro Plus Monitor expands to 28 countries, ranking them on a host of criteria. Later, Catherine L. Mann, chief economist and head of the economics department at the Organisation for Economic Co-operation and Development, launched a new OECD report on Strengthening Economic Resilience. Marco Buti, director-general for economic and financial affairs at the European Commission, led a fascinating breakout on European Commission priorities. John Peet, political editor at The Economist, discussed the economic outlook for 2017.

‹ Artificial Intelligence and Machine Learning: Opportunity and Challenge
Future of Work and the Collaborative Economy: A High-Level Roundtable ›
We use cookies on our website to give you the most relevant experience by remembering your preferences and repeat visits. By clicking “Accept All”, you consent to the use of ALL the cookies. However, you may visit "Cookie Settings" to provide a controlled consent.
Cookie SettingsAccept All
Manage consent