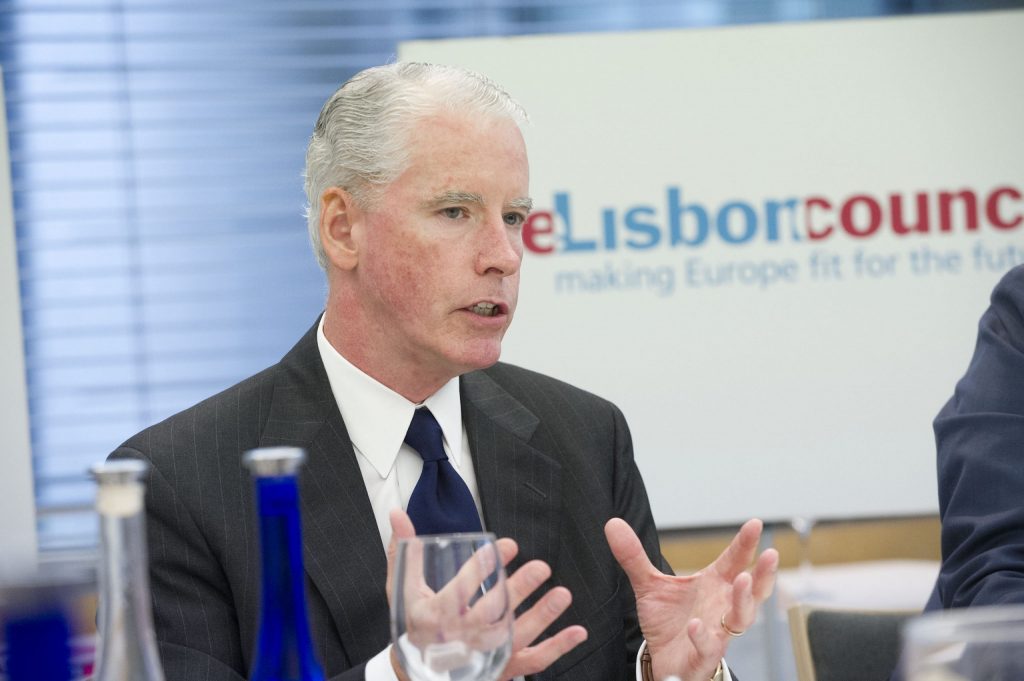 An eclectic group of high-level policymakers, economists and think tankers met at the High-Level Working Dinner on How Data Analytics Will Drive Growth, the latest meeting of the Zukunftssalon: Forum for the Future, a platform for debate on contemporary issues, hosted by the Lisbon Council. Martin Fleming, chief economist of IBM, kicked off the discussion with a reflection on the economic potential of harnessing the “fourth industrial revolution” and the economic outlook for 2016. Later, Philippe De Backer, member of the committee on industry, research and energy in the European Parliament; My Bergdahl, telecoms counselor at the permanent representation of Sweden to the European Union; Jean-François Junger, deputy head of unit for public services at the European Commission’s directorate-general for communications networks, content and technology; Juhan Lepassaar, head of cabinet of European Commission Vice-President Andrus Ansip (digital single market); Clare Moody, member of the committee on budgets in the European Parliament; Antti Peltomäki, deputy director-general for internal market, industry, entrepreneurship and small- and medium-sized enterprises at the European Commission; Stephan Raes, head of economic department at the permanent representation of the Netherlands to the European Union; and António Vicente, head of cabinet for European Commissioner Carlos Moedas (research, science and innovation), joined the debate, which looked at the role of data analytics in improving society and driving economic growth. The debate was underpinned and informed by Economic Vitality 2.0: Prosperity and Public Engagement in a Data-Driven World, a paper Dr Fleming presented and launched on the occasion.