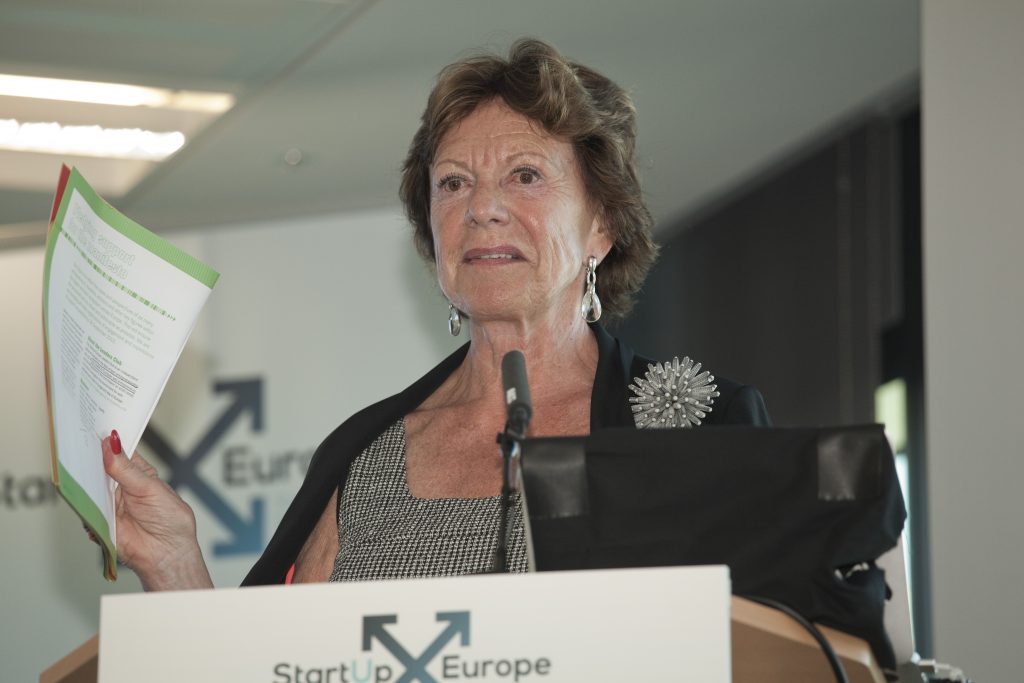 Convening under the timely theme Powering Web Entrepreneurship and Innovation to Drive Growth in the Digital Economy, StartUp Europe Forum brought together the doers and shapers of Europe’s digital community in the margins of Campus Party, the world’s largest technology festival, hosted by Telefónica and held at the O2 Arena in London.

Neelie Kroes, vice-president of the European Commission in charge of the digital agenda, delivered a powerful keynote. The event culminated in the launch of the Manifesto for Entrepreneurship and Innovation to Power Growth in the EU, a proposal for remaking Europe to drive growth and create jobs in the digital age, which was written by the Leaders Club of the European Commission’s Startup Europe initiative. José María Álvarez-Pallete Lopez, chief operating officer of Telefónica; Peter Brooks, deputy council leader of the Royal Borough of Greenwich; Mário Campolargo, director for net innovations at the European Commission’s DG communications networks, content and technology; Eva Castillo Sanz, chairwoman and CEO of Telefónica Europe; Lord Green of Husterpierpoint, UK minister of state for trade and investment; Shaygan Kheradpir, chief operations and technology officer at Barclays; Tom Kirschbaum, co-founder and chief financial officer of Waymate; Geoff Mulgan, chief executive of Nesta; Alex ‘Sandy’ Pentland, director for the media lab entrepreneurship programme at the MIT Media Lab and Toshiba professor of media, arts and sciences; Lord Puttnam of Queensgate, digital champion for Ireland, film producer and educator; Javier Santiso, managing director for new ventures and global affairs at Telefónica; Joanna Shields, CEO of Tech City Investment Organisation and member of the Leaders Club; Mark Surman, executive director of Mozilla Foundation; and Matthias Ummenhofer, head of venture capital at the European Investment Fund (EIF), joined interactive panels on how the broader ecosystem for web entrepreneurship can be improved in Europe.

Telefónica also used the occasion to launch new research on The Accelerator and Incubator Eco-System in Europe, a fascinating look at how Europe is faring in cutting-edge new vehicles to help and promote business entrepreneurship. The StartUp Europe Forum formed part of a pledge to the European Commission’s Startup Europe initiative.