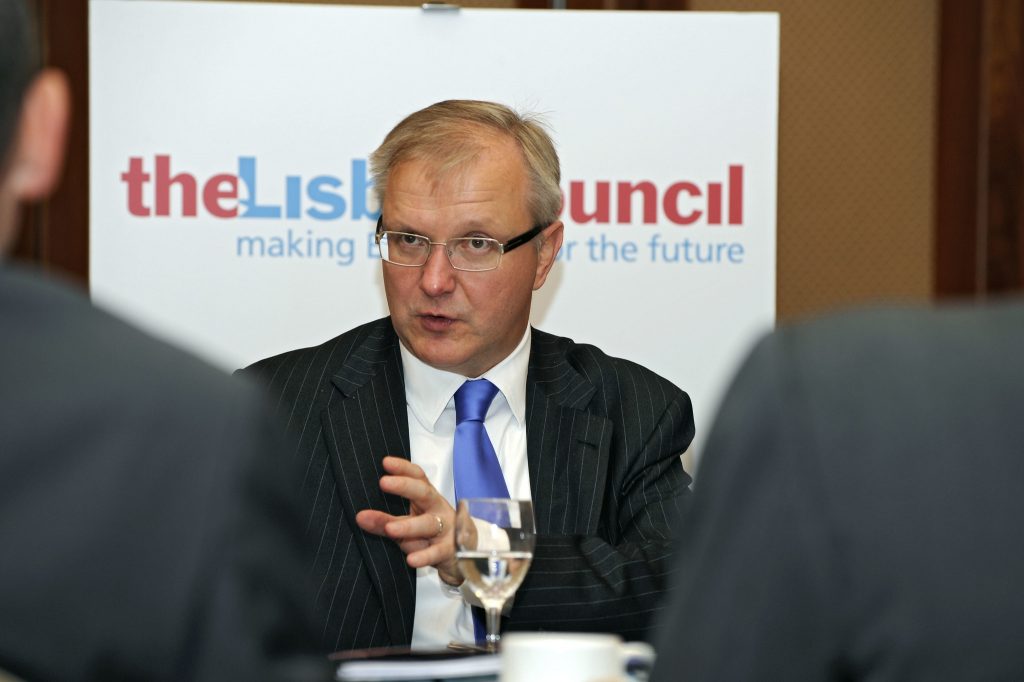 Two days before the European Council decided on a historic overhaul of euro-area economic governance, Olli Rehn, European commissioner for economic and monetary affairs delivered The 2010 Ludwig Erhard Lecture, the Lisbon Council’s flagship event on economic governance and structural reforms. In his forceful address, Commissioner Rehn shared his assessment on how to enforce fiscal discipline and revive the European economy. He also used the occasion to stress how structural reforms are crucial to pave the way of fiscal sustainability. The Commissioner’s remarks were followed by interventions from Prof. Dr. Michael Heise, chief economist of Allianz SE, and Alessandro Leipold, economic adviser to the Lisbon Council and former director of the European department at the International Monetary Fund (IMF). The 2010 Euro Monitor, an innovative indicator co-published by Allianz SE and the Lisbon Council, was launched in the margins of the event.

‹ Unleashing the Digital Single Market by an Ambitious EU Data Policy
Book Launch: Public Sector Innovation ›
We use cookies on our website to give you the most relevant experience by remembering your preferences and repeat visits. By clicking “Accept All”, you consent to the use of ALL the cookies. However, you may visit "Cookie Settings" to provide a controlled consent.
Cookie SettingsAccept All
Manage consent