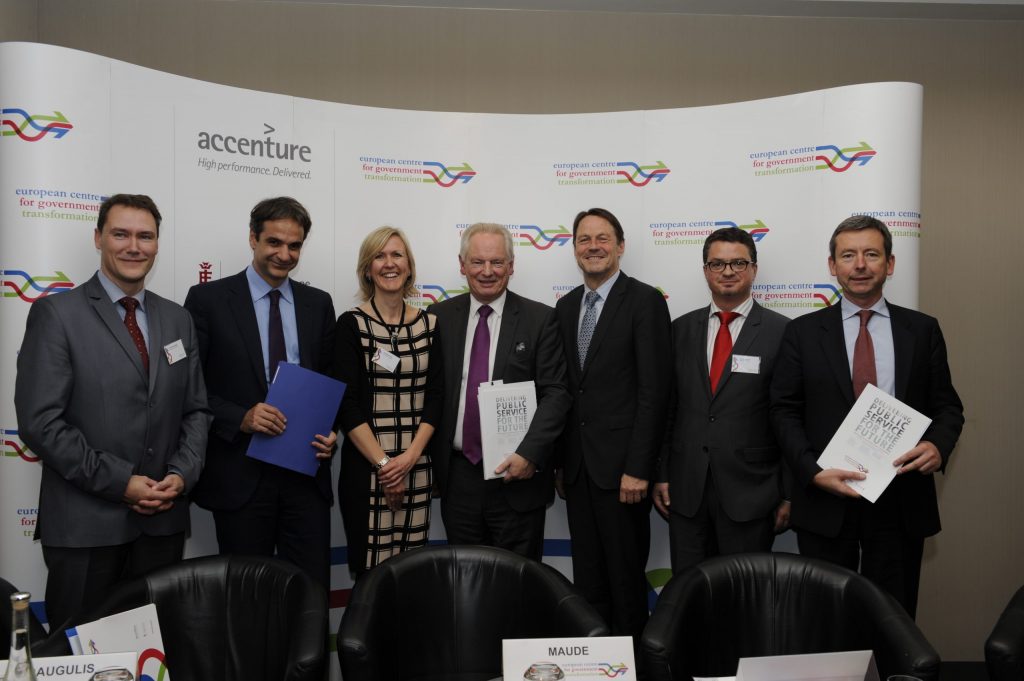 The 2014 European Summit for Government Transformation brought together leading ministers, top civil servants, academics, thought leaders and other experts on state transformation under the timely theme How Europe Can Deliver Public Service for the Future. The discussion was underpinned by Delivering Public Service for the Future: How Europe Can Lead Public-Sector Transformation, a collection of 12 essays on the future of public-sector reform and state modernisation that was launched in the margins. Francis Maude, minister for the cabinet office and paymaster general (United Kingdom) and Kyriakos Mitsotakis, minister for administrative reform and e-government (Greece), delivered inspiring keynotes, describing the efforts to improve public-sector performance in their countries (both ministers contributed essays to Delivering Public Service for the Future). Later, Pier Carlo Padoan, finance minister (Italy) and representative of the Presidency of the Council of the European Union, joined the high-level debate, where he led a passionate appeal for an “all-levers” European strategy for growth and jobs. Rolf Alter, director for public governance and territorial development, Organisation for Economic Co-operation and Development (OECD); Olivier Costa, professor and director of political and administrative studies, College of Europe; Arnis Daugulis, government chief information officer (Latvia) and representative of the Presidency of the Council of the EU (2015); and Bernard Le Masson, global managing director for public service at Accenture Strategy, joined the debate. The summit was hosted by the European Centre for Government Transformation, a leading-edge research centre and practitioner-driven community dedicated to providing pragmatic and actionable solutions to government agencies and public service providers. It was founded in 2009 by the Lisbon Council, the College of Europe and Accenture.