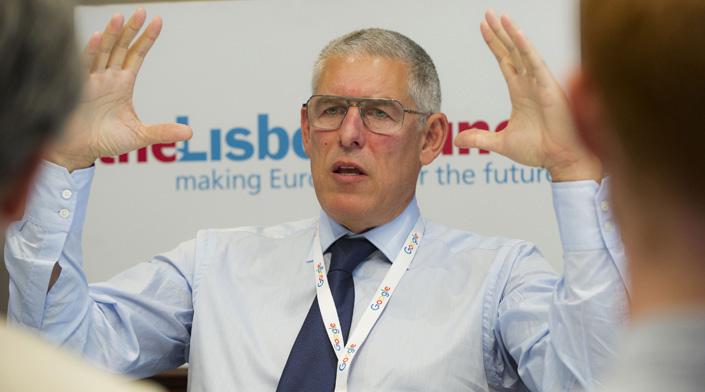 As the debate on levying a new European tax on “snippets” heated up, the Lisbon Council convened the High-Level Working Lunch on the Future of Music: How Online Streaming Will Be a Win-Win-Win for Artists, Consumers and Society at Large. Music-industry aficionados, top European legislators and culture-industry leaders joined a fascinating debate. Lyor Cohen, global head of music at YouTube, kicked the session off with a fascinating appeal for the music industry and technology companies to join together to give customers a better user experience. Giuseppe Abbamonte, director for media policy at the European Commission’s directorate-general for communications networks, content and technology, gave an overview of the European Commission’s plans and priorities. Karel Bartak, head of unit for creative Europe, Culture at the Education, Audiovisual and Culture Executive Agency (EACEA); Stef Coninx, head of international relations and classical music team at Kunstenpunt (the organisation for the development of the visual arts, music and performing arts in Flanders and Brussels); Susan Danger, CEO of the American Chamber of Commerce to the European Union (AmCham EU); Szabolcs Horvath, member of cabinet of Tibor Navracsics, European commissioner for education, culture, youth and sport; Rafaël Huybrechts, policy adviser for media at the department of culture, youth and media in the Government of Flanders (Belgium); Katarzyna Kuza, counsellor for culture, audiovisual policy and copyright at the permanent representation of Poland to the EU; Frances Moore, CEO of the International Federation of the Phonographic Industry (IFPI); Olivia Regnier, director for European regulatory affairs at Spotify (and former IFPI executive); Helen Smith, executive chair of IMPALA Music; and Barbara Stacher, cultural and creative sectors, economy of culture, at the European Commission’s DG education, youth, sport and culture, joined a rich and wide-ranging discussion. Mr Cohen was in Brussels for the Benelux launch of YouTube Music, YouTube’s new for-pay streaming service. He brought a new and unusual perspective to the discussion, having previously served as CEO of Warner Music, where he brokered the watershed licensing deals with YouTube and Spotify. Prior to that, Mr Cohen served as founder of Island Def Jam a major U.S. record label supporting hip-hop artists such as Jay-Z, Ludacris and Kanye West, president of Island Def Jam and roadmanager of Run-DMC.

‹ The Future of Work: What’s Next on the European Agenda
UN Broadband Commission: Digital Entrepreneurship ›
We use cookies on our website to give you the most relevant experience by remembering your preferences and repeat visits. By clicking “Accept All”, you consent to the use of ALL the cookies. However, you may visit "Cookie Settings" to provide a controlled consent.
Cookie SettingsAccept All
Manage consent