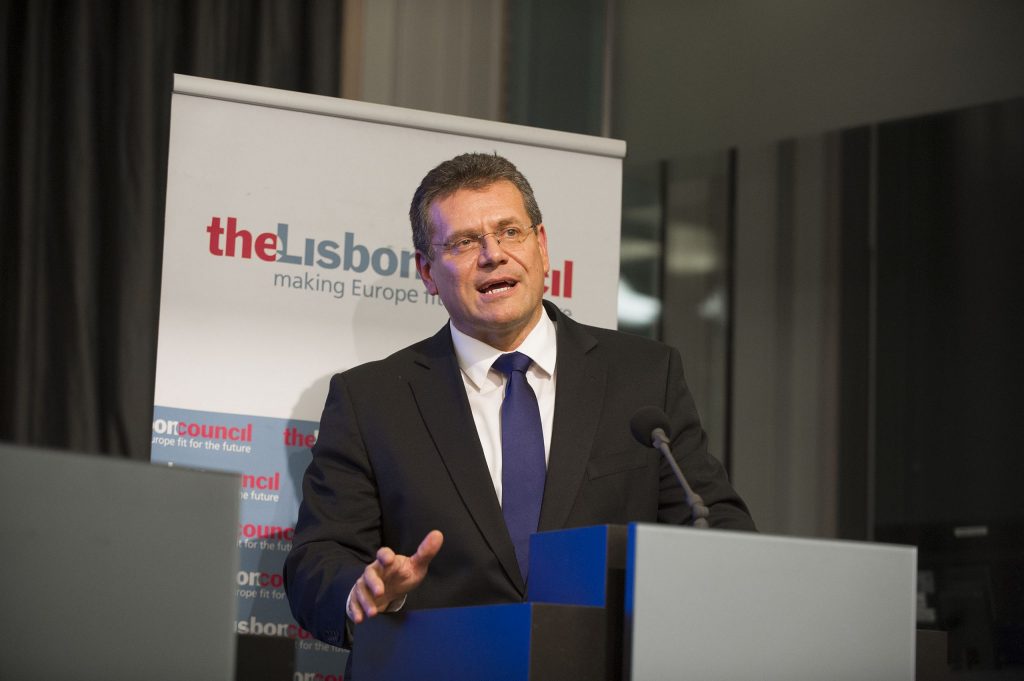 Two weeks before the UNFCCC meeting in Paris, the Lisbon Council hosted the High-Level Roundtable on Lessons Learned of European Leadership in Climate Policy – and How They Are Relevant for an Ambitious COP21 Deal. Maroš Šefčovič, vice-president of the European Commission for the energy union, laid out the European Union’s position for an ambitious new global climate change agreement and his vision for a climate-friendly energy union. Jos Delbeke, director-general for climate action at the European Commission, and Peter Vis, former head of cabinet to European Climate Action Commissioner Connie Hedegaard, presented EU Climate Policy Explained, a fascinating new book they co-authored. The book takes an insightful look at the lessons learnt of two decades of European Union climate-change fighting policies.

‹ Media in the Digital Age
Transatlantic Data Flows: Working Towards Common Ground ›
We use cookies on our website to give you the most relevant experience by remembering your preferences and repeat visits. By clicking “Accept All”, you consent to the use of ALL the cookies. However, you may visit "Cookie Settings" to provide a controlled consent.
Cookie SettingsAccept All
Manage consent