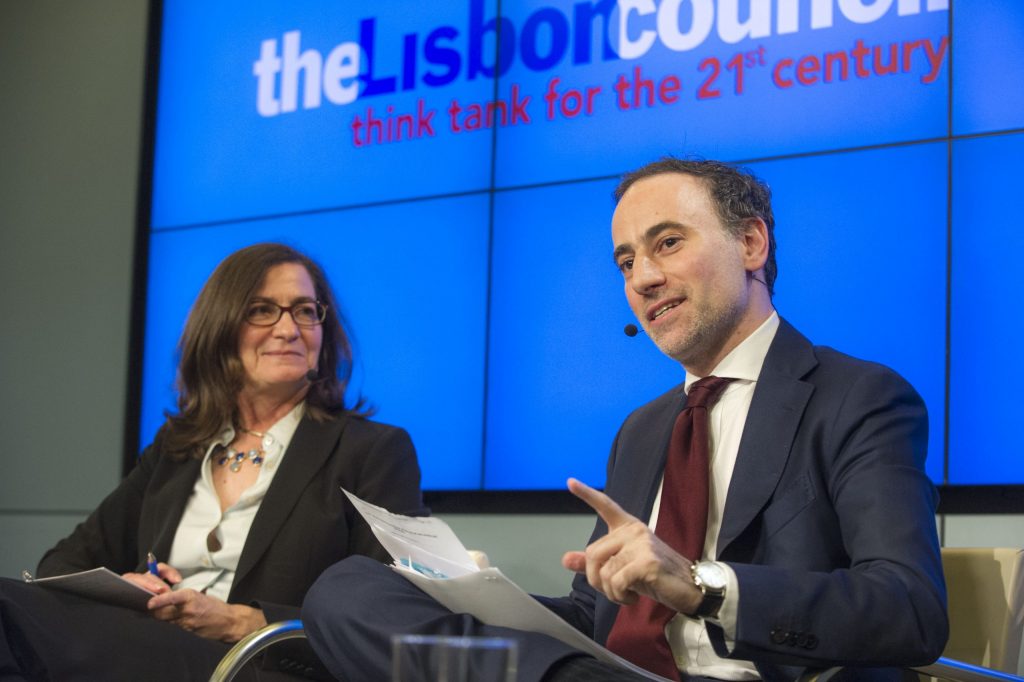 Julie Brill, commissioner at the United States Federal Trade Commission, and Bruno Gencarelli, head of unit for data protection at the European Commission’s DG justice and consumers, discussed the state of ongoing talks for a new Safe Harbour agreement, the likelihood of a deal later this year, the importance of data trade for transatlantic prosperity and the need for privacy standards that evoke respect and confidence from citizens at large. Paul Hofheinz, president and co-founder of the Lisbon Council moderated and delivered opening remarks, and Will Marshall, president and founder of Progressive Policy Institute, offered the conclusion. The roundtable took place as part of the thriving transatlantic think tank dialogue established three years ago by the Lisbon Council and Progressive Policy Institute, a Washington, DC-based think tank, with the aim to reinvigorate the transatlantic digital agenda and intellectually inform the ongoing Transatlantic Trade and Investment Partnership negotiations.

‹ Towards an Ambitious COP21 Agreement: Lessons of 20 Years of European Union Climate-Fighting Strategies
Financial Services in the Age of the Internet ›
We use cookies on our website to give you the most relevant experience by remembering your preferences and repeat visits. By clicking “Accept All”, you consent to the use of ALL the cookies. However, you may visit "Cookie Settings" to provide a controlled consent.
Cookie SettingsAccept All
Manage consent