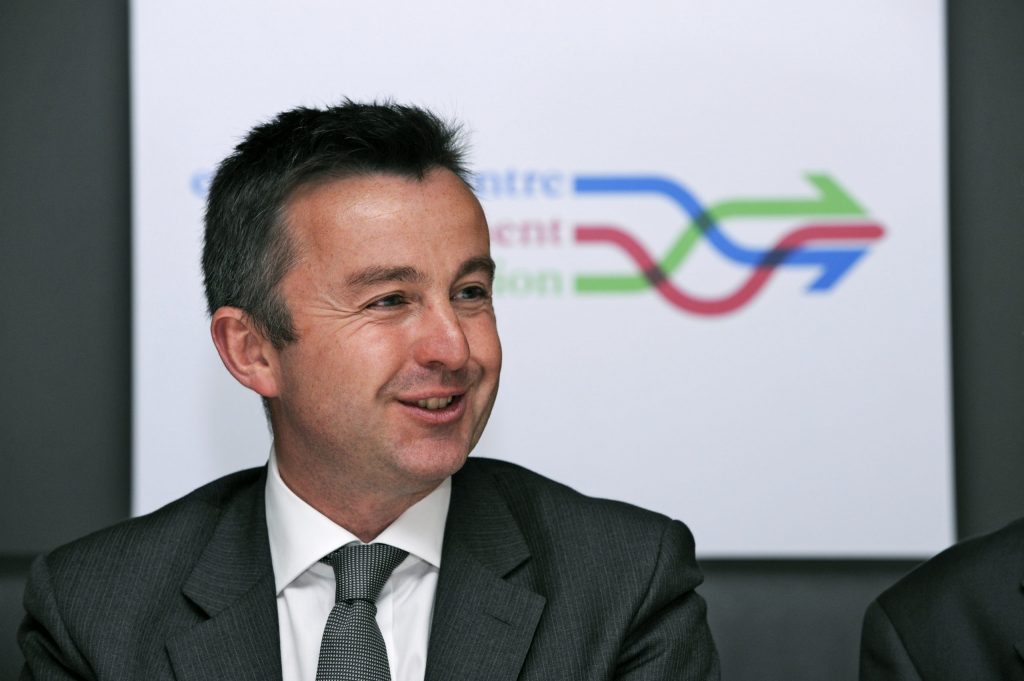 Convening under the theme Transforming Government, Driving Innovation: Towards Modern Public Services, The 2013 European Centre for Government Transformation Annual Forum and Award Ceremony gathered an eclectic and high-powered group of key policymakers, prominent thought leaders and senior representatives from European public sector agencies to take stock of public sector innovation. The goal was to place the process squarely in the larger transformation of the European economy. Brian Hayes TD, Irish minister of state for public service reform and the office of public works, and representative of the Presidency of the Council of the European Union, delivered The 2013 Jean Monnet Lecture, a powerful speech on how to reinvent the state, drawing on the lessons of the Irish journey towards a more modern and responsive public sector. Michele Chang, professor of European political and administrative studies at the College of Europe; Annie Gauvin, director for international affairs and relations at Pole emploi; Bernard Le Masson, global managing director for health and public service, management consulting at Accenture; Ann Mettler, executive director of the Lisbon Council; Francisco Moreno, senior prosecutor at the Spanish Prosecutor’s Office; Seán Shine, senior managing director for health and public service in Europe, Africa, Middle East and Latin America at Accenture; and Kasper Westh, chief officer for regional development at Region Southern Denmark, also intervened. In addition, 12 College of Europe students presented the results of their year-long state-transformation case studies, compiled as part of their participation in the European Centre for Government Transformation programme. The winning team – working with the Spanish Prosecution Service – was awarded The 2013 Public Sector Innovation Award. The event was hosted by the European Centre for Government Transformation, a high-level network and inter-disciplinary research centre formed in 2009 by the Lisbon Council, the College of Europe and Accenture.

‹ Data, Productivity and Trade: Lisbon Council and Progressive Policy Institute Convene Trans-Atlantic Summit
A Copyright Regime Fit for the Digital Age ›
We use cookies on our website to give you the most relevant experience by remembering your preferences and repeat visits. By clicking “Accept All”, you consent to the use of ALL the cookies. However, you may visit "Cookie Settings" to provide a controlled consent.
Cookie SettingsAccept All
Manage consent