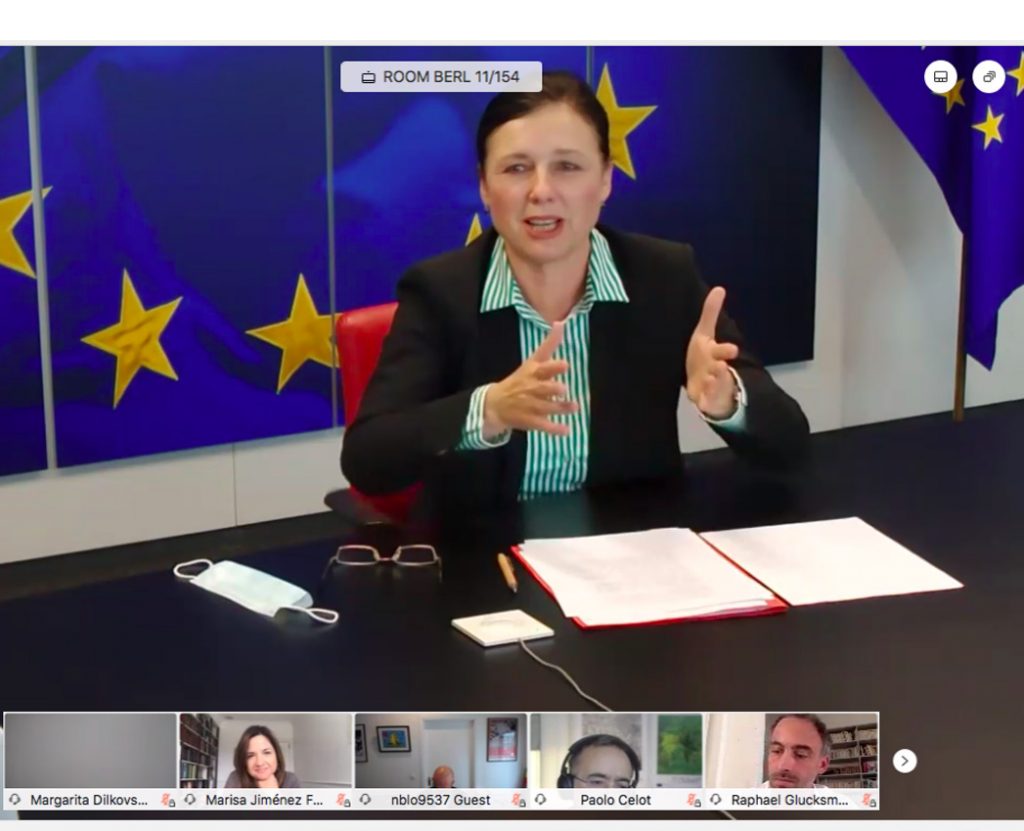 As the European Commission prepares the much-awaited European Democracy Action Plan, a flagship initiative that seeks to strengthen democracy and promote digital literacy, the Lisbon Council convened the Town Hall Meeting on Democracy on the Line. Věra Jourová, vice-president for values and transparency at the European Commission, delivered a forceful keynote sharing her vision for making Europe the world leader in election integrity, democratic values and authentic discourse. Raphaël Glucksmann, member of the European Parliament (France, socialists and democrats) and chair of the special committee on foreign interference in all democratic processes in the European union, including disinformation (INGE), joined the discussion and shared his passion for safeguarding democracy and making the forthcoming European initiative a success. Paolo Celot, founder and secretary-general of the European Association for Viewers Interests (EAVI); Marisa Jimenez Martín, director for public policy and deputy head of European Union affairs at Facebook; and Hans Martens, head of digital citizenship at European Schoolnet, joined the discussion which was attended by nearly 100 VIPs and stakeholders.

‹ Data-Driven Public Service: The Road to Efficient and Trustworthy Government
Rethinking Antitrust Law ›
We use cookies on our website to give you the most relevant experience by remembering your preferences and repeat visits. By clicking “Accept All”, you consent to the use of ALL the cookies. However, you may visit "Cookie Settings" to provide a controlled consent.
Cookie SettingsAccept All
Manage consent