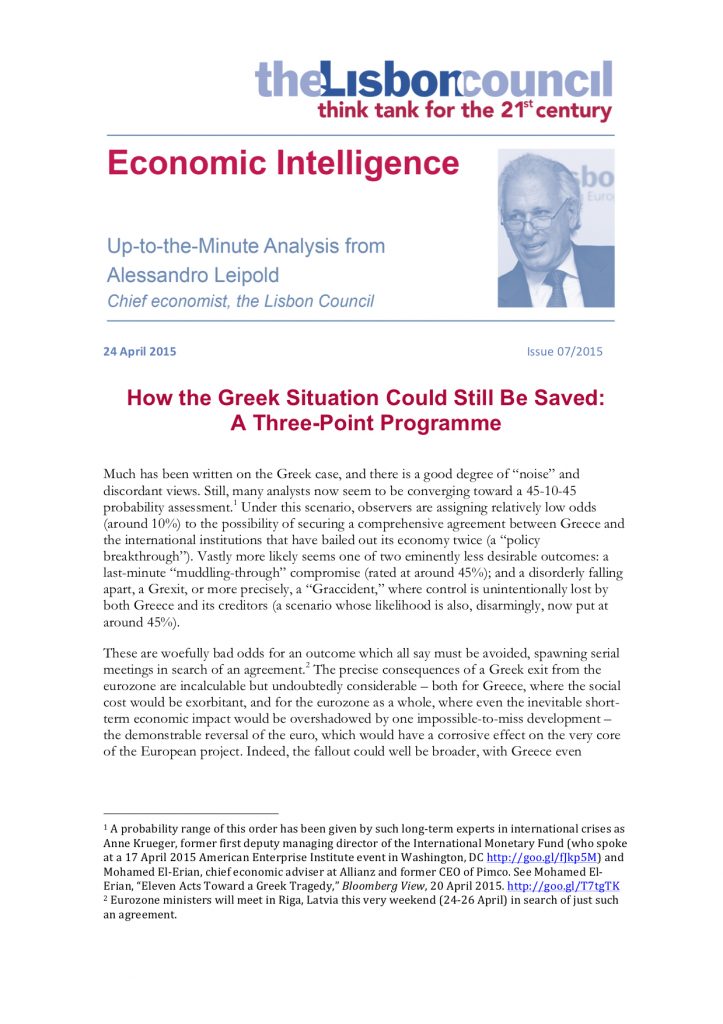 On the eve of the 24 April eurogroup meeting in Riga, Latvia, Chief Economist Alessandro Leipold weighs in with “a way out, not an exit” to the Greek crisis. Calling on both sides to show vision and determination, he sees common ground for agreement based on three concrete principles: 1) restore growth to the Greek economy by shifting the programme’s emphasis from fiscal adjustment to a limited and focused set of key structural reforms; 2) secure short-term debt refinancing to relieve immediate liquidity pressures, conditioned on prior actions; and 3) ensure long-term fiscal and debt sustainability through the start of negotiations to implement the February and November 2012 eurozone pledges of further debt relief.