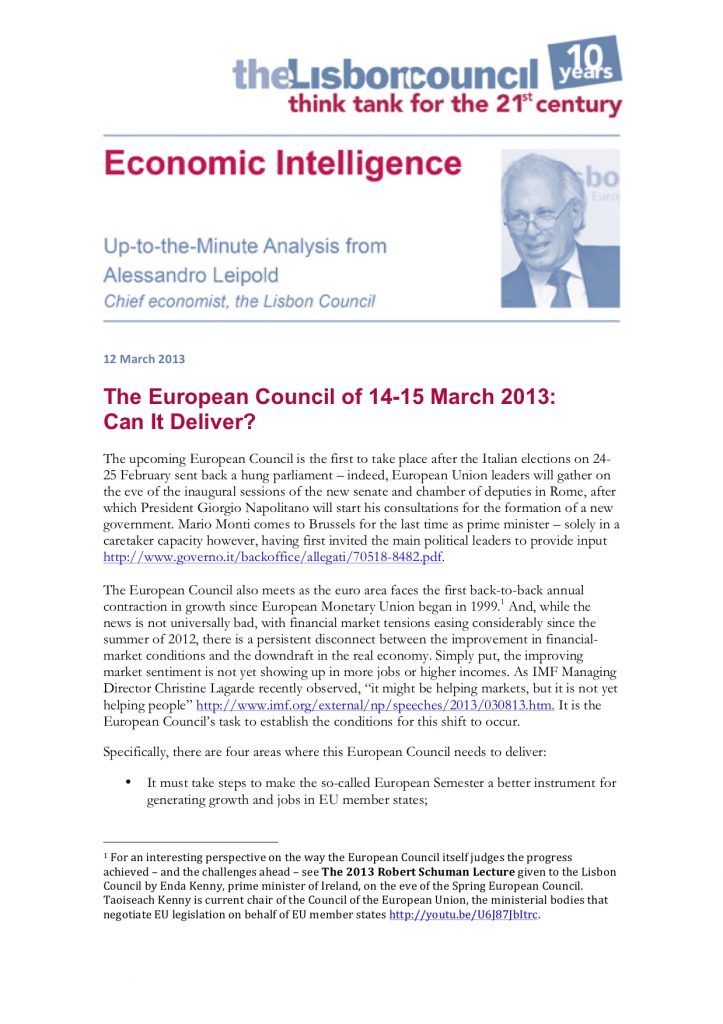 On the eve of the European Council Spring Summit on 14-15 March, the Lisbon Council launches a new policy paper series — Economic Intelligence, Up-to-the-Minute Analysis from Chief Economist Alessandro Leipold. In this series, Mr. Leipold — who joined the Lisbon Council in 2010 after a distinguished career in economics, international finance, banking, the European institutions and the International Monetary Fund, where he served as acting director of the European Department until 2008 — will offer real-time analysis on European political and economic developments. His first Economic Intelligence commentary is devoted to the upcoming European Council meeting, in which he examines key issues on the European Council agenda and proposes a four-point “will-do” programme to restore confidence and drive growth.