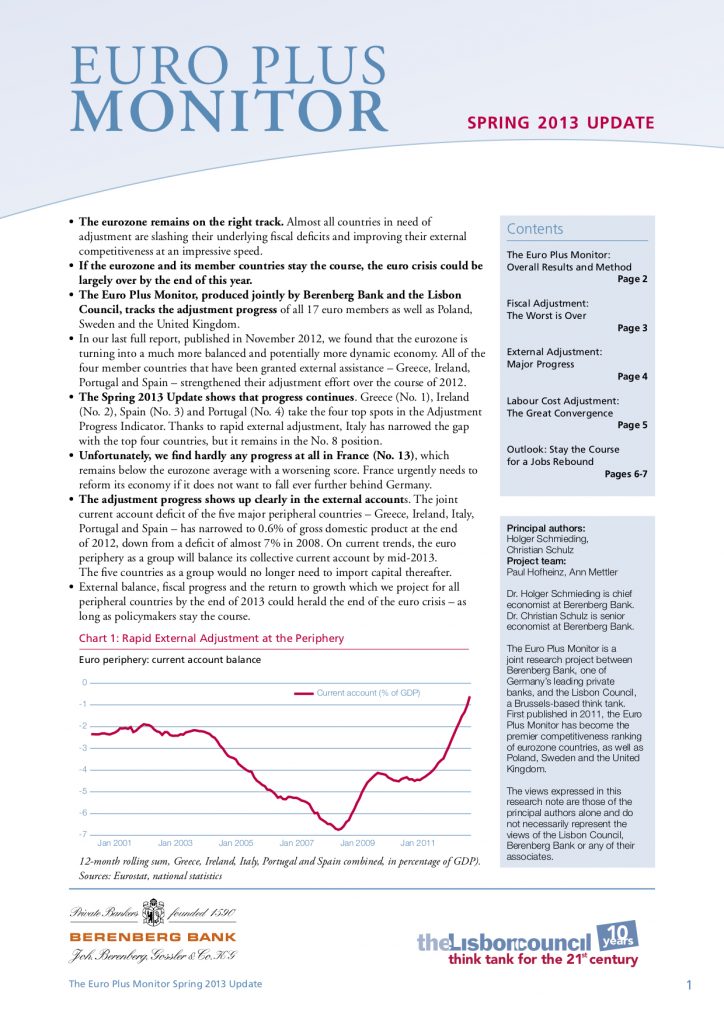 The Lisbon Council and Berenberg Bank published The Euro Plus Monitor Spring 2013 Update. The Euro Plus Monitor is the premier competitiveness ranking of eurozone economies, as well as Poland, Sweden and the United Kingdom. The update — which ranks eurozone economies based on the speed with which they are coping with structural challenges and their ability to overcome the crisis — was launched at The Europe 2020 Summit, a high-level policy gathering organised in collaboration with the Irish Presidency of the Council of the European Union. An Taoiseach Enda Kenny, prime minister of Ireland, and José Manuel Barroso, president of the European Commission, were on hand to receive copies of the Update.

Download
‹ The 2012 Euro Plus Monitor: The Rocky Road to Balanced Growth
Economic Intelligence: The European Council of 14-15 March 2013: Can it Deliver? ›