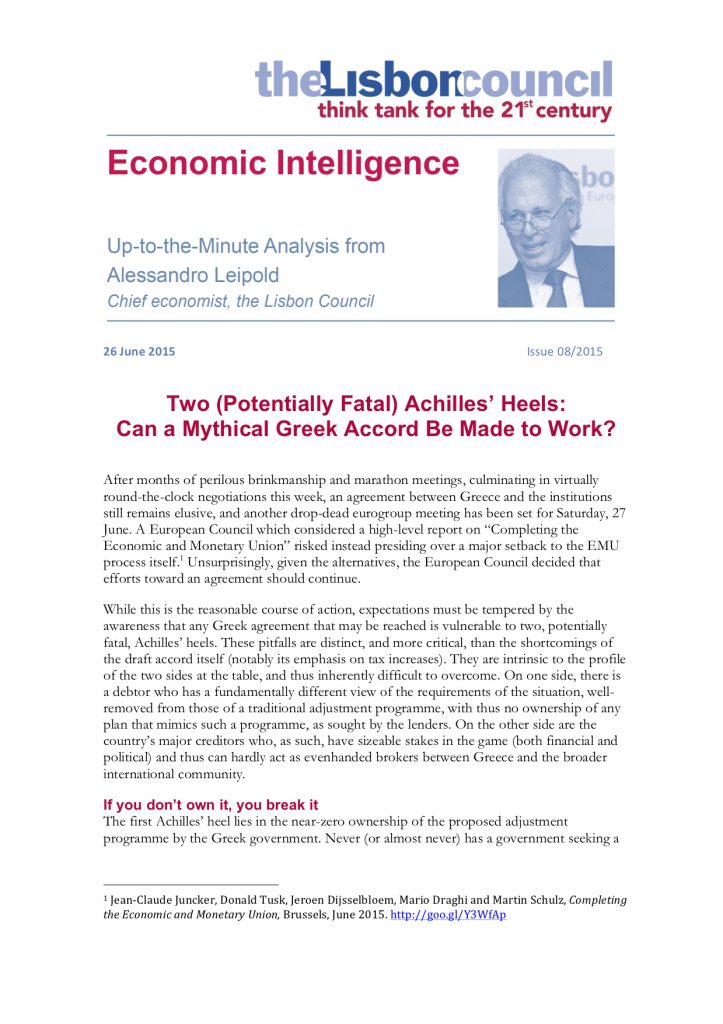 After months of perilous brinkmanship and marathon meetings, culminating in virtually round-the-clock negotiations this week, an agreement between Greece and the institutions still remains elusive, and another drop-dead eurogroup meeting has been set for Saturday, 27 June. As the European Council continues its efforts to reach an agreement between Greece and its creditors Chief Economist Alessandro Leipold weighs in and warns that any Greek agreement that may be reached is vulnerable to two, potentially fatal, problems: 1) the near-zero ownership of the proposed adjustment programme by the Greek government and 2) the unprecedented situation that Greece is negotiating an agreement with the same institutions that hold the country’s debt.