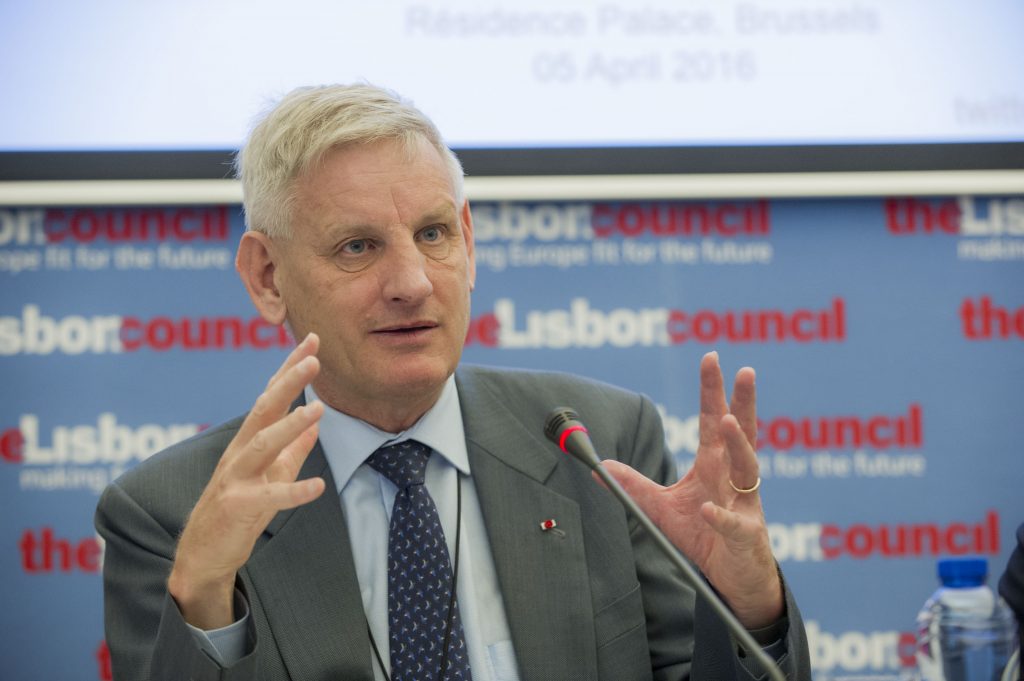 The digital economy offers Europe and the United States significant opportunities for future economic growth. Yet digital issues are also the source of strong transatlantic discord. Against this backdrop, the Atlantic Council, a leading, Washington, DC-based think tank, convened a High-Level Task Force led by Carl Bildt, former prime minister and foreign minister of Sweden and chair of the Global Commission on Internet Governance, and William E. Kennard, former U.S. ambassador to the European Union, to examine the nature of these digital policy disagreements and identity recommendations for addressing them. The result was Building a Transatlantic Digital Marketplace: Twenty Steps to 2020, a hard-hitting report launched in Brussels at the Lisbon Council, where President Paul Hofheinz served as a task force member. In powerful interventions, Tyson Barker, rapporteur for the study and Atlantic Council fellow; Frances Burwell, vice-president, European Union and special initiatives, Atlantic Council; Co-Chair Carl Bildt, Linda Corugedo Steneberg, principal advisor to director-general for communications networks, content and technology at the European Commission; Paul Hofheinz, president of the Lisbon Council and task force member; Kaja Kallas, member of the European Parliament (ALDE-Estonia) and co-rapporteur for the digital single market; and Adina-Ioana Vălean, vice-president of the European Parliament (EPP-Romania), joined a high-level audience to discuss and debate the report’s 20 recommendations.