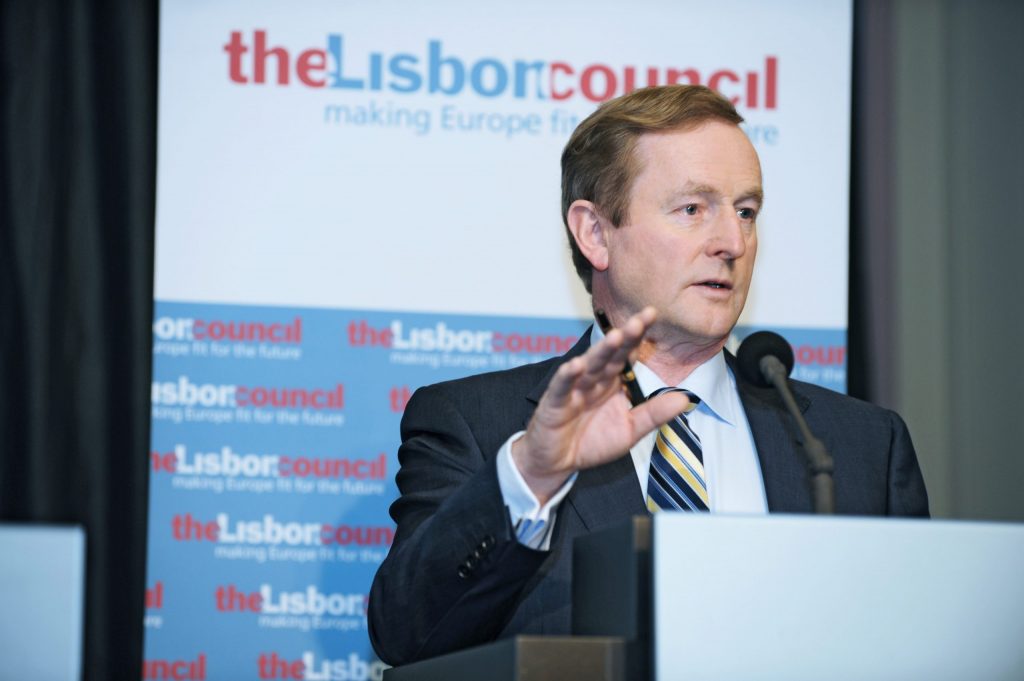 Held on the eve of the crucial European Council Spring Meeting, the Europe 2020 Summit — hosted by the Lisbon Council in collaboration with the Irish Presidency of the Council of the European Union — examined the actions that should be taken in 2013 to consolidate the gains of past crisis fighting and lay a solid foundation for future prosperity and growth. Enda Kenny, Taoiseach of Ireland and head of the Presidency of the Council of the European Union, delivered The 2013 Robert Schuman Lecture, in which he spoke about the Irish Government’s priorities for the six-month rotating presidency and his expectations for the upcoming heads of state summit. Addressing The Europe 2020 Summit for the third time, José Manuel Barroso, president of the European Commission, gave a compelling keynote, detailing the actions taken at the European level to restore confidence throughout the EU. Holger Schmieding, chief economist of Berenberg Bank, presented The Spring 2013 Update of the Euro Plus Monitor, a joint project of the Lisbon Council and Berenberg Bank, which ranks European countries for adjustment progress and overall economic health. Leszek Balcerowicz, professor of economics at the Warsaw School of Economics, former deputy prime minister and minister of finance of Poland, weighed in with a special message on the policies Europe needs to restore growth (Prof. Balcerowicz will serve as co-chair of the Growth and Competitiveness Commission, a Lisbon Council initiative which was launched at the Summit.) Margareta Drzeniek, director and senior economist at the World Economic Forum’s Global Competitiveness Network; William E. Kennard, ambassador of the United States to the EU; Dirk Pilat, director for science, technology and industry at the Organisation for Economic Co-operation and Development (who also joined the launch of Innovation Economics, a new centre of excellence at the Lisbon Council); and Mark Spelman, global head of strategy at Accenture also spoke in a panel on European Economic Outlook: How to Overcome the Crisis and Restore Growth and Jobs.