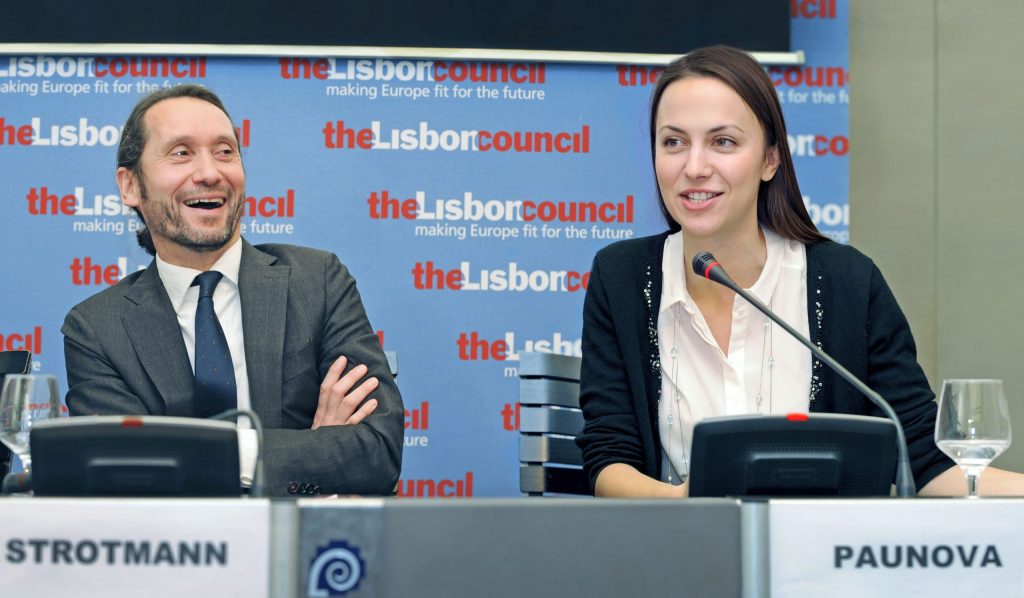 The mobile Internet is evolving rapidly as consumers move off their desktops and onto their smartphones and tablets. This shift seems set to accelerate with the advent of “wearable devices” and “machine-to-machine communications.” Against this backdrop, the Lisbon Council convened the High-Level Roundtable on the App Economy and the Internet of Tomorrow: How Europe Can Seize the Opportunities. The debate was intellectually underpinned by the launch of The Mobile Internet Economy in Europe, a new study from the Boston Consulting Group. Dominic Field, partner and managing director at the Boston Consulting Group and principal author of the study, kicked off the debate. Later, Matt Brittin, president of business and operations for Northern and Central Europe at Google, delivered a powerful keynote on the rise of the European mobile Internet economy; StJohn Deakins, CEO and founder of CitizenMe (a mobile app that gives citizens control of their “digital identity”); Sophie Mestchersky, director of European policy and government affairs at the Application Developers Alliance; Eva Paunova, member of the European Parliament; Ulrik Van Schepdael, founder of Mobco (a Belgium-based digital startup that helps companies mobilise their business); and Maximilian Strotmann, member of cabinet of European Commission Vice-President Andrus Ansip, joined the debate, stressing the opportunities and challenges for Europe in this vital, fast-moving transition. The high-level roundtable was hosted by Innovation Economics, a multidisciplinary centre managed by the Lisbon Council and committed to shedding light on – and providing scientific evidence of – the profound impact of the Internet and digital technologies.

‹ Data-Driven Business Models and Europe’s Digital Future
Valdis Dombrovskis Keynotes The 2014 Euro Summit ›
We use cookies on our website to give you the most relevant experience by remembering your preferences and repeat visits. By clicking “Accept All”, you consent to the use of ALL the cookies. However, you may visit "Cookie Settings" to provide a controlled consent.
Cookie SettingsAccept All
Manage consent