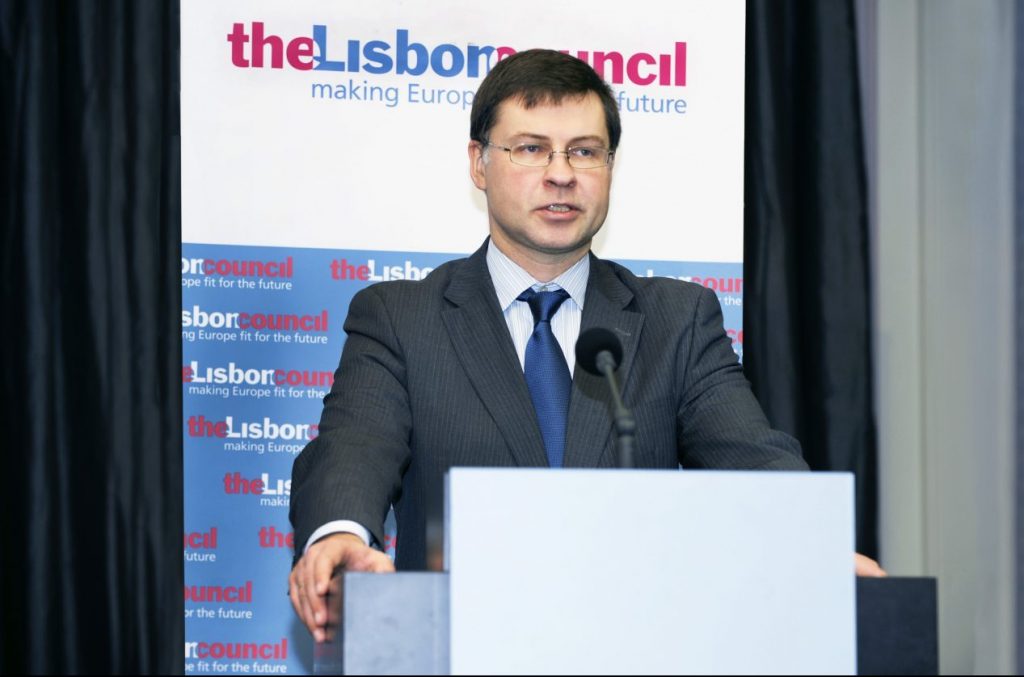 The 2014 Euro Summit convened under the timely theme Towards a Future of Stability and Growth. In one of his first major Brussels-based addresses, Valdis Dombrovskis, vice-president of the European Commission responsible for the euro and social dialogue, delivered a powerful keynote, highlighting the progress made in the eurozone so far and the challenges that remain to be tackled in the year ahead. Holger Schmieding, chief economist of Berenberg, presented The 2014 Euro Plus Monitor: Leaders and Laggards, the latest edition of the leading competitiveness ranking published by Berenberg and the Lisbon Council, while Tom Nuttall, Brussels bureau chief and Charlemagne editor at The Economist, joined as discussant. The summit took place on the day the European Council met to assess euro area progress and debate European Commission President Jean-Claude Juncker’s €315 billion investment plan.

‹ Exploring the App Economy and the Internet of Tomorrow
‘The Europe I Want, the Europe We Need ›
We use cookies on our website to give you the most relevant experience by remembering your preferences and repeat visits. By clicking “Accept All”, you consent to the use of ALL the cookies. However, you may visit "Cookie Settings" to provide a controlled consent.
Cookie SettingsAccept All
Manage consent