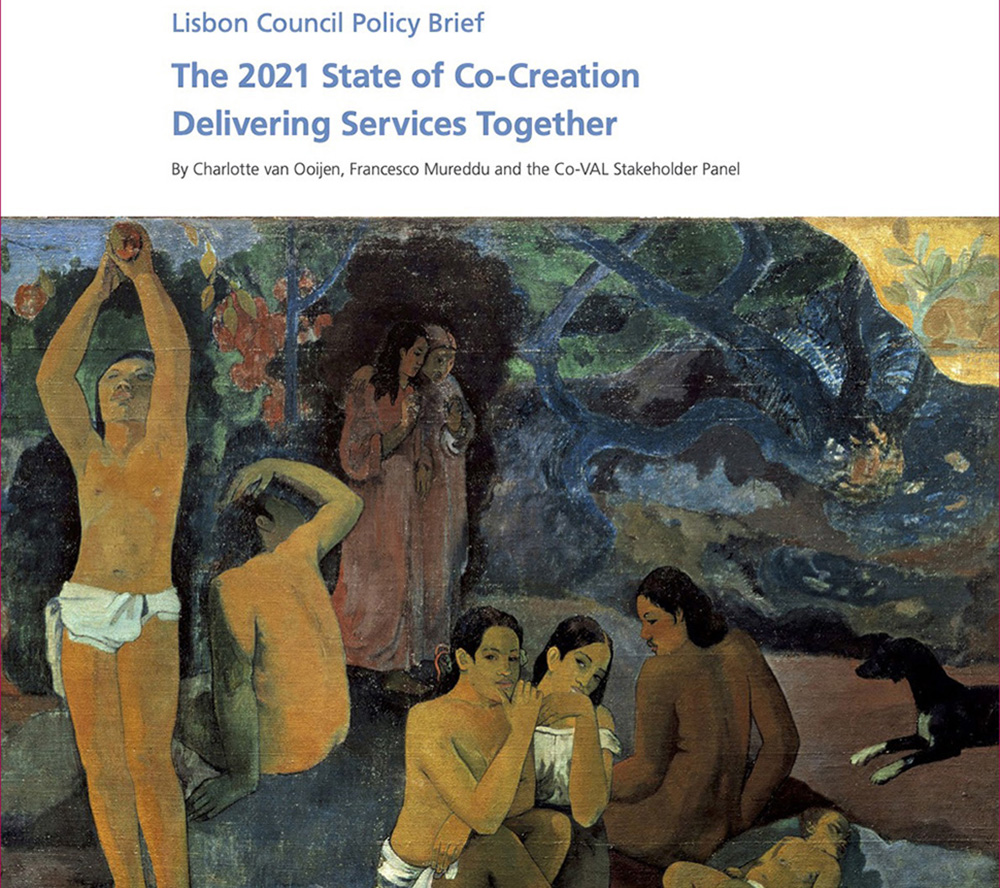 The Lisbon Council launches The 2021 State of Co-Creation: Delivering Services Together, an in-depth analysis of the state of co-creation in the 27 European Union member states, the United Kingdom and six leading cities (Amsterdam, Athens, Madrid, Milan, Paris and Turin). Written by Charlotte van Ooijen, senior research fellow, Francesco Mureddu, director at the Lisbon Council and the 27-member Co-VAL Stakeholder Panel, the interactive policy brief analyses the findings of the Co-Creation Dashboard, a unique online tool for mapping key initiatives on digital government and co-creation across EU member states, the United Kingdom and leading municipalities. The policy brief is launched at DigitALL Public, the European Commission’s flagship conference on the Digital Europe programme, and forms part of the 36-month research programme Understanding Value Co-Creation in Public Services for Transforming European Public Administrations (Co-VAL), co-funded by the European Union.