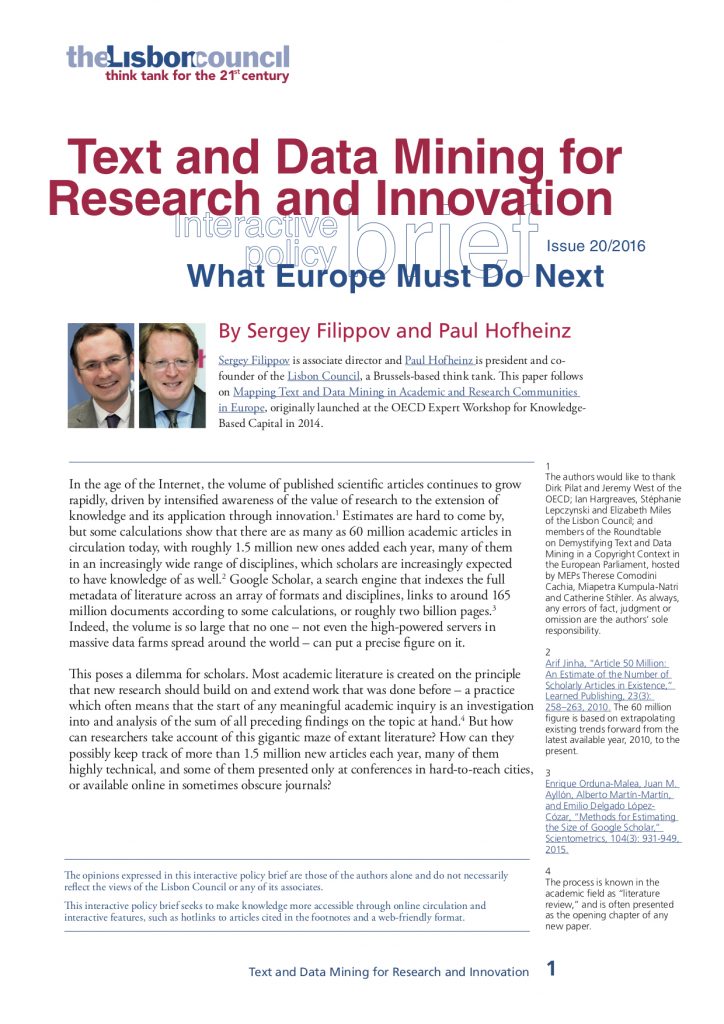 The Lisbon Council launches Text and Data Mining for Research and Innovation: What Europe Must Do Next, an interactive policy brief which looks at the challenge and opportunity of text and data mining in a European context. Building on the Lisbon Council’s highly successful 2014 paper, which served as an important and early source of evidence on the uptake and interest in text and mining among academics worldwide, the paper revisits the data two years later and finds that recent trends have only accelerated. Concretely, Asian and U.S. scholars continue to show a huge interest in text and data mining as measured by academic research on the topic. And Europe’s position is falling relative to the rest of the world. The paper looks at the legal complexity and red tape facing European scholars in the area, and call for wholesale reform. The paper was prepared for and formally submitted as part of the European Commission’s Public Consultation on the Role of Publishers in the Copyright Value Chain and on the ‘Panorama Exception.’